'It's a sinking ship, I wouldn’t have gone': Dilip Doshi on Virat Kohli's paternity leave 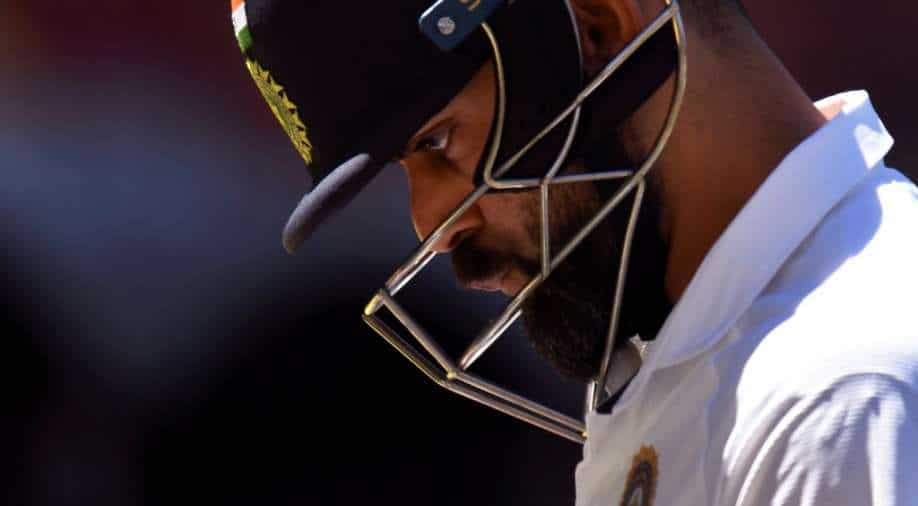 Virat Kohli's departure at a time like this has not gone down with many former players, one of them being former left-arm spinner Dilip Doshi. According to Dilip, it is the captain's task to take charge of the ‘sinking ship’

Team India has failed to establish their dominance in the series against Australia. Their mammoth collapse in the first Test raised several questions on the team's management, including Kohli's captaincy. Virat Kohli's departure at a time like this has not gone down with many former players, one of them being former left-arm spinner Dilip Doshi. According to Dilip, it is the captain's task to take charge of the ‘sinking ship’.

“To me, captaining India would be the prime-most thing on my mind. It’s a sinking ship. This is the time when they need their captain the most. If you leave at this time, you are leaving the side to your deputy with a lot of questions unanswered. I only hope and pray that the team shows enough character to come out of this,” Doshi told Sportskeeda in a video interview.

“I know this is a modern phenomenon that people believe that they ought to be by the side of their family and spouses when they deliver a child. I understand all that. But when you are on a national duty… If I put myself in his shoes, I wouldn’t have gone. For me, national duty comes before everything else.

Despite agreeing to the legality of the situation, he said that he 'personally' would chosen to stay and play for India.

“This is a highly individual and institutional approach. Legally, you cannot stop somebody doing that. The cricket board cannot have a rule saying the players cannot go and be on the side of their spouses for such an occasion. Personally, I wouldn’t have gone,” added Doshi.

Doshi went on to term Kohli as an 'outstanding player' but also said that the team will definitely miss Kohli the batsman that the skipper.

“He’s an outstanding player. The team will miss him as a player more than as a captain. Him being at the crease gives a lot of confidence to other people,” said the 73-year-old.

After a poor start to the series, India will take on Australia in the Boxing Day Test match where Ajinkya Rahane will lead the hosts.