It would be difficult for Shikhar Dhawan to come back into Indian side, says former selector 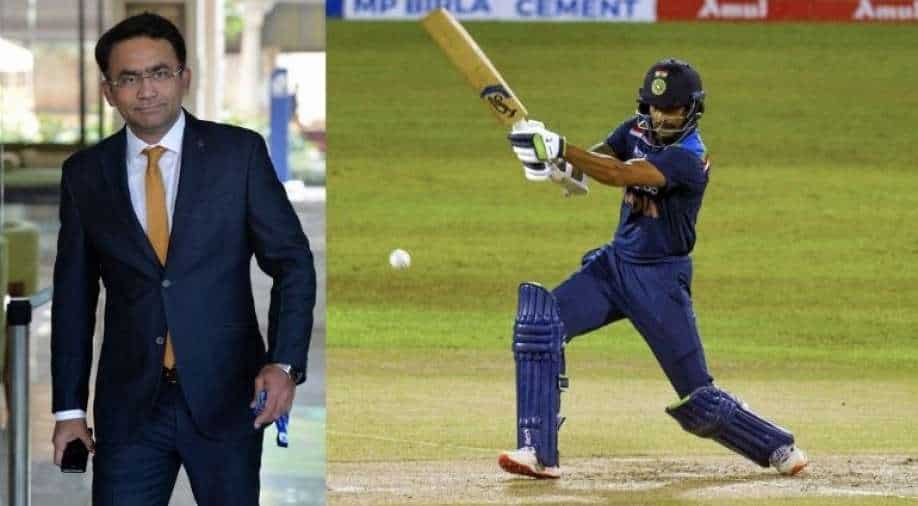 Saba Karim has said that Shikhar Dhawan may find it difficult to make a comeback in the Indian team. Photograph:( AFP )

Despite a successful season with the Delhi Capitals in the IPL 2021, when he accumulated 587 runs at 39.13 to finish as the fourth-highest scorer, he was snubbed for the T20 World Cup in the UAE.

Former India wicketkeeper and national selector Saba Karim believes Shikhar Dhawan would not make it to the Indian team's playing XI for the next South Africa trip since the team already has proven and in-form openers in Rohit Sharma and KL Rahul.

In the absence of Virat Kohli and Rohit Sharma, Dhawan led a second-string Indian squad in the ODIs and T20Is in Sri Lanka in July, but he hasn't played for the national team since.

Despite a successful season with the Delhi Capitals in the IPL 2021, when he accumulated 587 runs at 39.13 to finish as the fourth-highest scorer, he was snubbed for the T20 World Cup in the UAE.

The selectors snubbed him once more for the home T20Is against New Zealand, instead went with Rohit and Rahul as the key openers and Ishan Kishan as the reserve option.

That's why Karim believes it's pointless to take Dhawan to South Africa if he's not going to make the final XI for the ODI series against South Africa, which begins on January 19.

"Even if Dhawan is there in the squad, will he be part of the playing XI? KL Rahul and Rohit Sharma have opened in Tests and T20s, so I think they will open in ODIs as well. So, if you are including Dhawan in the squad and not playing him, should he be in the team? I don't see the point of his inclusion, what is the need?" Karim stated this on the Khelneeti podcast on YouTube.

Karim believes Dhawan's only advantage is his left-hand-right-hand combination with Rohit Sharma.

"The only thing possible is the left-hand-right-hand combination of Rohit and Dhawan. It has been a formidable partnership as well."

The former BCCI general manager went on to suggest that Dhawan may find it "difficult" to make a comeback in any of the Indian sides right now.

"It would be difficult for Dhawan to come back into this side. I still think that he should be given one more opportunity because he is a big player with experience. Have to see what the selectors and the team management think," he further added.