'It was karma': Mercedes boss rages after German GP flop 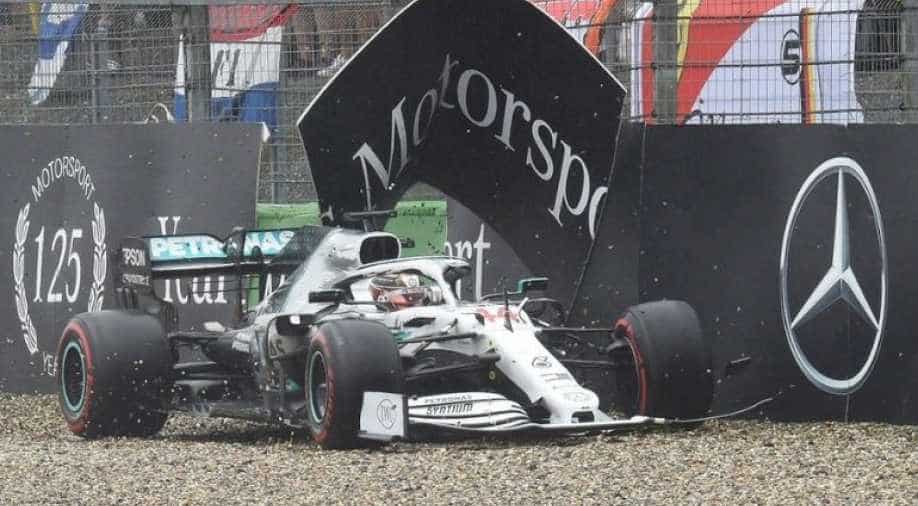 Mercedes team chief Toto Wolff was critical of his team's preparations and reactions on Sunday after both drivers Lewis Hamilton and Valtteri Bottas crashed out of contention in a chaotic rain-hit German Grand Prix.

Wolff, wearing braces and 'baggies' as part of champions Mercedes' decision to revert to 'retro' 1950s outfits in celebration of 125 years of motorsport, said the team was not prepared and made the "wrong calls".

The Austrian team boss seemed frustrated and angry that the team were distracted from their jobs by a need to dress in old overalls and flat caps.

Dutchman Max Verstappen claimed his second victory of the season for Red Bull, making five pit-stops on the way, to finish ahead of Sebastian Vettel of Ferrari and Daniil Kvyat of Toro Rosso.

Defending five-time champion Hamilton, who had been feeling poorly with a sore throat, finished 11th after two mistakes and six pit-stops while Bottas crashed out in the closing laps.

It was the team's 200th Formula One race start as a constructor, another cause for their celebrations in advance at their home race where their parent company was the event's main sponsor.

"This shows that you shouldn't fool around with the staff. You should concentrate on the job. We are not superstitious, but we believe in karma and it's a day to learn."

He added: "I think we had a decent start with good pace. Then you had incidents, crashing out in tricky conditions, the wrong calls."

Asked about Hamilton's crash and pit-stop, he said: "It was unfortunate, crashing right at the entry of the pit lane.  You are not prepared. We made the wrong calls afterwards -- it was all coming together.

"Many others made the same mistake. Leclerc crashed and many others crashed."

Hamilton finished outside the points for the first time in 23 outings for Mercedes.

He said: "It was my worst day in the office for a long, long time. You live and you learn. I don't know what happened today, but I'm glad its over and there are more races ahead so we can focus on regrouping and coming back strong."

He accepted his share of the blame for the team’s worst result since Hamilton and Nico Rosberg collided on the first lap of the 2016 Spanish Grand Prix, when Verstappen won on his debut with Red Bull.

"Me hitting the wall not helpful and them putting on the slick tyres not helpful either," he said.