'It is unfair to......' - Aakash Chopra comes in support of under-fire CSK skipper MS Dhoni after poor outing vs DC 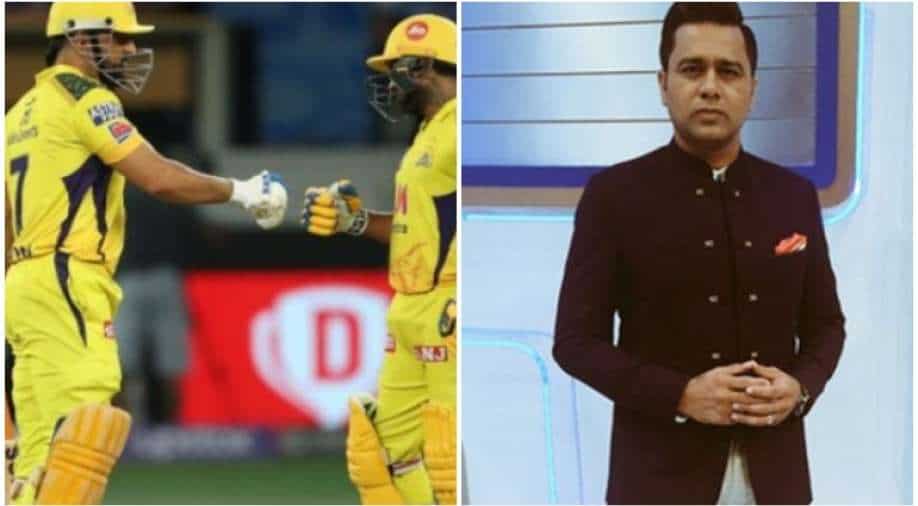 IPL 2021: MS Dhoni failed to get going in CSK's 3-wicket loss to DC in match 50 of the ongoing edition. Aakash Chopra has backed the former Indian captain amid heavy criticism.

MS Dhoni failed to get going in Chennai Super Kings' (CSK) face-off versus the Rishabh Pant-led Delhi Capitals (DC) in match 50 of the IPL 2021 edition, on Monday (October 4) at the Dubai International Cricket Stadium, Dubai. Being asked to bat first, CSK were off to a good start before they were reduced to 62-4 in no time.

Dhoni walked in to bat at No. 6 and had more than ten overs to play a big innings and return back to form. However, the 40-year-old CSK captain started off slowly and failed to time his shots to perfection as his innings comprised not even a single boundary. Dhoni departed for an uninspiring 27-ball 18 as CSK managed only a modest 136-5, mainly riding on Ambati Rayudu's 55 not out.

While the Yellow Army took the game deep during DC's run-chase, where Pant & Co. won by 3 wickets in the final over, many criticised Dhoni's knock for Chennai falling short of posting a winning total. Former Indian opener-turned-commentator Aakash Chopra has now come out in support of Dhoni amid heavy criticism.

Aakash Chopra told on his Youtube channel, “Dhoni came up the order and the team was just crawling. It is unfair to expect that Dhoni is going to bat as he did in 2011, 2015 or 2017. He is not striking the ball well and had a strike rate of 66.

You might say the 66 strike rate was okay, if it was then Ambati Rayudu should also have run at the same pace. But Ambati Rayudu was brilliant and he once again played a good knock to take his team to a competitive score but not a winning score."

He further concluded, “Shardul came and made a match of it. You cannot leave Lord Thakur out, he again made the match very interesting. But Dwayne Bravo came to bowl at the end and he bowled wides and on the legs. A catch was also dropped and one ball was bowled outside the pitch."

For the unversed, Dhoni has been in miserable touch in the IPL 2021 edition. While CSK have qualified for the playoffs, Dhoni & Co. need to win their last league stage encounter to ensure a top-two finish and compete for their fourth IPL championship going ahead. Meanwhile, skipper Dhoni will be desperate to silence his critics with some vital knocks in the final round of the tournament.