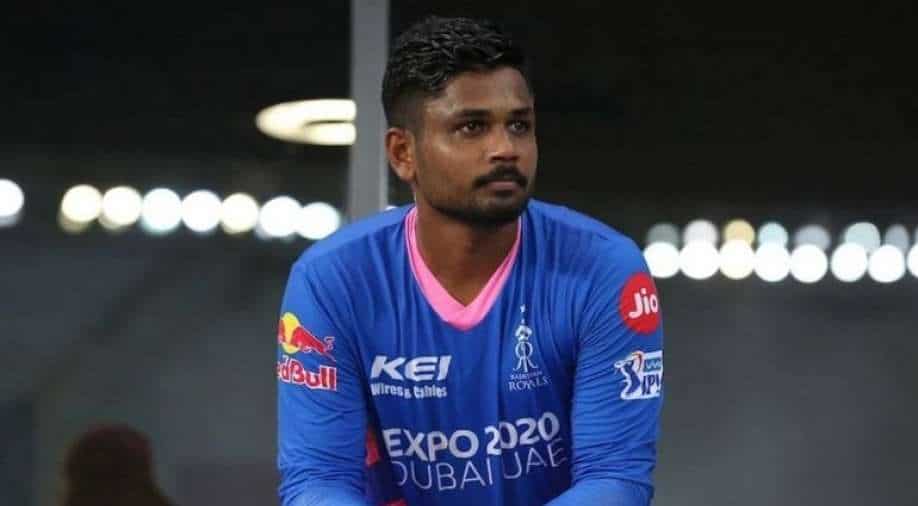 This is a file photo of Sanju Samson. Photograph:( IANS )

Ahead of the Indian Premier League 2022 mega auction, all the teams have released lists of players, who have been retained. Skipper Sanju Samson is among three players who are retained by the Rajasthan Royals (RR). Apart from Samson, star youngster Yashasvi Jaiswal is another Indian who will stay with the team. England's Jos Buttler has been retained as an overseas player.

Samson, who spent seven seasons with the franchise, said, "Having started my IPL journey with the Royals, and now leading this franchise is a huge honour for me as we look to further strengthen our roots with an eye on the IPL trophy yet again with both - familiar and fresh faces - but strong hearts."

The Rajasthan-based franchise then invested INR 10cr to retain Buttler, who has been one of the top-performing players for the team. "I'm really excited to be staying with the Rajasthan Royals. Over the past four seasons, I've received tremendous love and support from the franchise and its supporters," said Buttler.

He added, "I consider the Royals as my second home. I'm delighted to be continuing with the team and looking forward to contributing towards creating a champion side."

The 19-year-old Yashasvi Jaiswal has been retained at a cost of INR 4 cr and he became the second-youngest player ever to be retained across all IPL teams before the mega auction.

"It is a very satisfying reward for the hard work that I've put in over the past couple of seasons. To have the backing of the franchise – the owner, coaches and management - is a huge motivating factor for me," Jaiswal said.

"I can’t wait to repay the faith that has been shown in me. To be in a team which is known to hone and give opportunities to young talent, I couldn’t be more happier and excited for what is to come,” expressed an emotional Jaiswal," he added.

"These players allow us to have a strong core retained, form the leadership team and also give us spending power in the auction."

Director of Cricket, Kumar Sangakkara spoke on the approach behind the retention, "We had to take a lot of factors into consideration while making this decision and would have ideally liked to have gone with four players but the uncertainty surrounding Jofra's long term injury forced us to retain only three."

"It was certainly a tough decision to make, but we are delighted to confirm that Sanju, Jos and Yashasvi will be staying with us as the backbone of our team," he added.