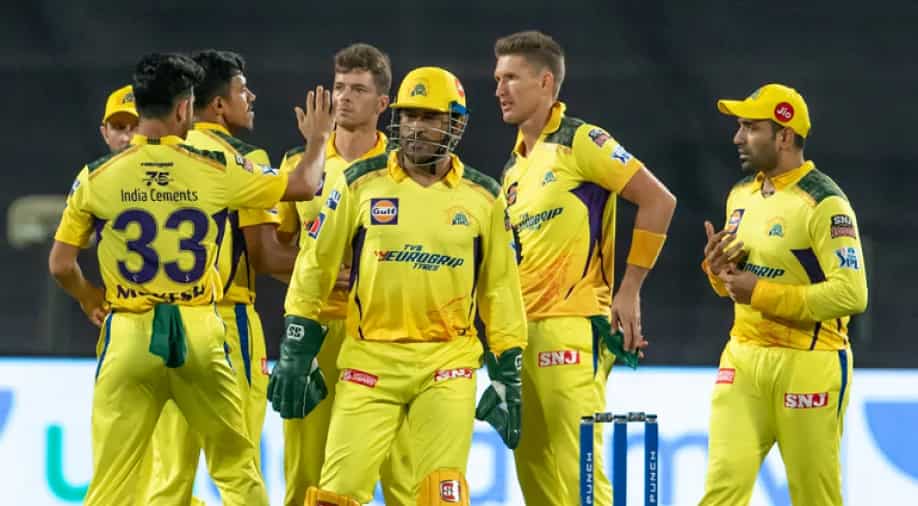 CSK will be looking to continue their winning run against RCB on Wednesday. | Photo - IPL | Photograph:( Others )

Chennai Super Kings (CSK) will be looking to continue their winning run under MS Dhoni when they lock horns with Royal Challengers Bangalore (RCB) in the ongoing Indian Premier League (IPL) 2022 at the MCA Stadium in Pune on Wednesday. CSK defeated Sunrisers Hyderabad (SRH) by 13 runs in their last game to bag a much-needed win as Dhoni took over the captaincy from Ravindra Jadeja.

Dhoni had stepped down as CSK's skipper ahead of the start of the season to hand over the baton to Jadeja. However, the star all-rounder decided to hand back the reins to the legendary wicket-keeper batter once again after CSK's disastrous start to the season with six defeats and only two wins in their first eight matches.

The biggest positive for CSK in their win against SRH was opener Ruturaj Gaikwad bouncing back to form with a brilliant 99 off 57 balls while his opening partner Devon Conway also slammed an unbeaten 85 off 55 balls to grow in confidence after his initial snub from the playing XI.

While their batters are finding the momentum, CSK's bowling woes are still intact. Dhoni's biggest challenge will be to get the best out of his struggling bowling attack as he aims to keep CSK alive in the race for the playoffs. With just three wins in six matches, their chances are currently hanging by a thread.

Also Read: When MS Dhoni is there, he is the captain: Faf du Plessis on CSK captaincy saga in IPL 2022

On the other hand, Royal Challengers Bangalore have so far managed five wins and five losses in ten games this season. They had started off well but have struggled in their last few matches. RCB are currently on a losing streak of three matches and will be hopeful of bringing an end to it against CSK on Wednesday.

Virat Kohli roared back to form for RCB with a gritty half-century against GT in their last game after a string of low-key scores. However, there remain concerns in their batting line-up as they have failed to deliver as a unit so far. Their bowling attack too has been under pressure in the death overs and will have to step up against CSK.

With MS Dhoni's return as captain, Chennai Super Kings looked a different side in their win against SRH and will be keen on continuing the momentum against RCB on Wednesday. CSK are expected to bag their fourth win of the season when they lock horns with Faf du Plessis' men.