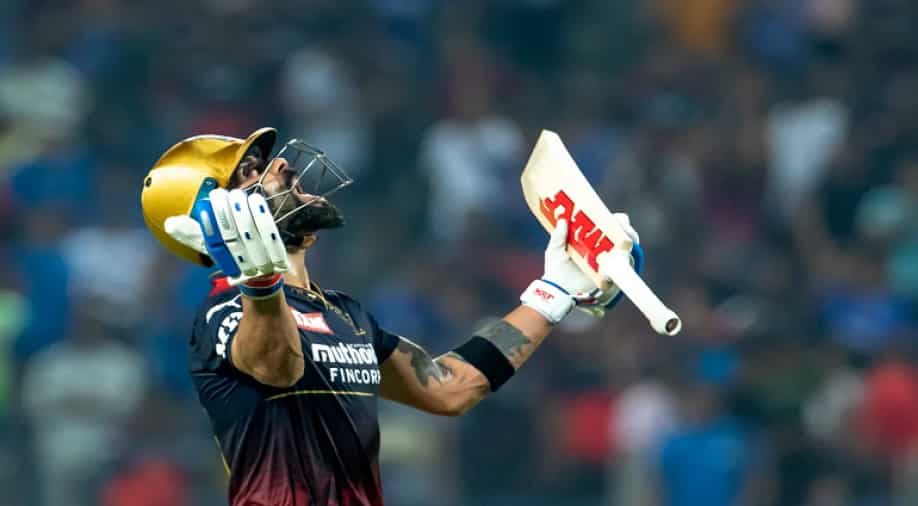 Kohli, who was batting at 48, seemed all set to finish the game for RCB but was dismissed by Dewald Brevis.

Royal Challengers Bangalore were able to continue their fine run of form in the Indian Premier League (IPL) 2022 with a comfortable win over Mumbai Indians but the occasion was without controversy as the dismissal of Virat Kohli created a debate among the experts and fans alike.

Kohli, who was batting at 48, seemed all set to finish the game for RCB but was dismissed by Dewald Brevis. The ball crashed into his pads and the umpire was confident that he was out but Kohli challenged the decision as he was confident that the ball has hit his bat before the pads.

The replay showed the ball made contact with the bat and pads at roughly the same time and the third umpire went with the on-field umpire’s decision.

Kohli was visibly upset at the decision and after the game, the RCB twitter handle shared the MCC official rule regarding the situation.

According to the tweet, the rule states that a batsman should be adjudged not out in case the ball hits the bat and pads at the same time. It had a picture of Kohli as he was walking out of the ground.

We were just reading through the MCC Laws of Cricket for LBW decisions, and here’s what we found. 🤔🤭

Earlier, Suryakumar Yadav was scored a gritty half century to take Mumbai Indians to a decent total but the knocks by Anuj Rawat and Kohli meant that RCB cruised to the target after losing just three wickets.

RCB will take on defending champions Chennai Super Kings next as Ravindra Jadeja & Co look for their first win of the tournament.