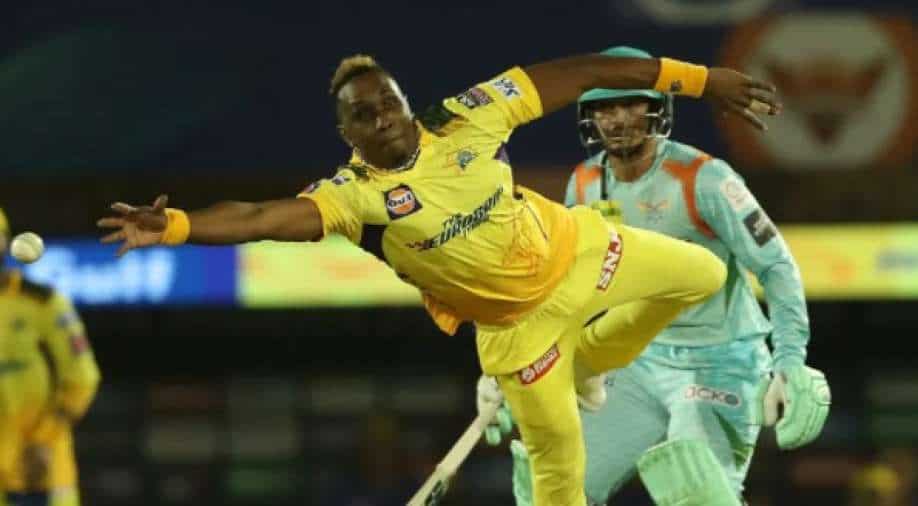 Dwayne Bravo created history on Thursday as he became the highest wicket-taker in Indian Premier League (IPL) history during the encounter between Chennai Super Kings and Lucknow Super Giants.

Malinga, who is currently working with Rajasthan Royals, took to Twitter to congratulate Bravo on his brilliant achievement. "Bravo is a CHAMPION. Congratulations on becoming the highest wicket-taker in IPL history mate @DJBravo47. More to go young man!" Malinga wrote on Twitter.

Bravo equalled Malinga’s record during the season opener against Kolkata Knight Riders as he claimed three wickets for CSK. However, that was not enough as the defending champions were defeated by five wickets after suffering a batting collapse at the top of the innings.

Bravo is a CHAMPION🕺🏻
Congratulations on becoming the highest wicket-taker in IPL history mate @DJBravo47👏
More to go young man!🤩#IPL2022

Robin Uthappa and Shivam Dube performed well with the bat against Lucknow Super Giants on Thursday and they were able to take their team to 210/7 in 20 overs. Ex-skipper MS Dhoni played a cameo in the end with 16 off 6 deliveries as he reached 7000 runs in his T20 career.

However, Quinton de Kock and KL Rahul provided Lucknow with a perfect start as they stitched together a 99-run partnership for the first wicket. Evin Lewis capitalised on the foundation as he slammed a quickfire half century and youngster Ayush Badoni provided the perfect support to the West Indies batsman as the duo guided the newcomers to their first ever IPL victory.