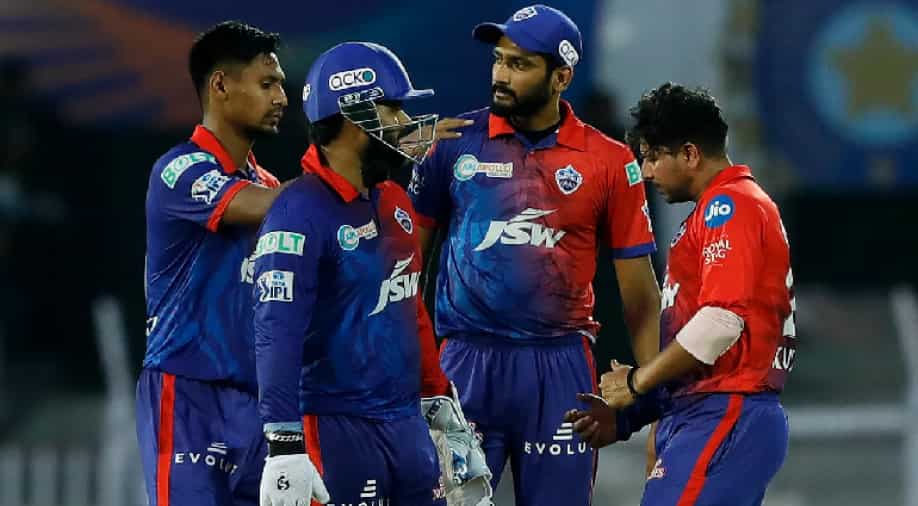 Kuldeep, who was adjudged the Player of the Match for returning with figures of 4/35, also spoke about his fantastic running catch to dismiss Umesh Yadav off his own bowling.

Delhi Capitals' left-arm spinner spinner Kuldeep Yadav feels bowling has been the side's strong suit this season, adding that the pace department is doing a good job of keeping the pressure on the opposition during the powerplays.

The Capitals defeated Kolkata Knight Riders by 44 runs on Sunday to register their second win of the season.

"Our bowling performance has been our biggest positive this season," Kuldeep said in a media release.

"When we were bowling against Mumbai Indians in our first match, it looked like they were going to score over 200 at one point, but we restricted them to a total of 177/5.

"The fast bowlers have been bowling really well. They kept the pressure on the opposition in the Powerplay against KKR, which allowed us to bowl freely later on," he added.

Kuldeep, who was adjudged the Player of the Match for returning with figures of 4/35, also spoke about his fantastic running catch to dismiss Umesh Yadav off his own bowling.

"I knew that only I could go for that catch. The ball was quite far away from everyone else. I kept my eye on the ball throughout while running for the catch and managed to reach for the ball in the end. The catch felt really good."

The Delhi Capitals have a five-day break before their next match.

"These two points were really important for us. The morale in the team will be high as we prepare to play for our next game on Saturday. This win will ensure that there is positive energy in the camp during our five-day break."