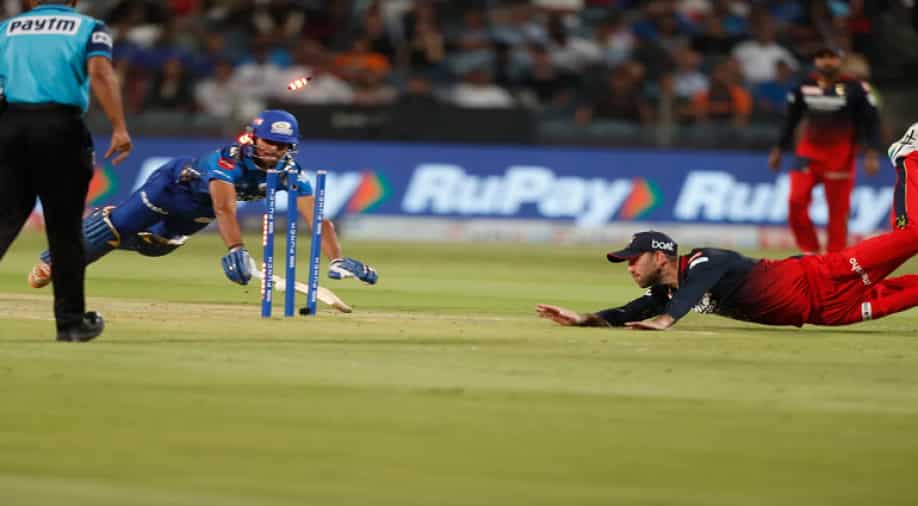 Maxwell joined the RCB camp late due to national commitments with the Australia cricket team and he was able to make his presence felt almost instantly.

Royal Challengers Bangalore all-rounder Glenn Maxwell marked his debut in Indian Premier League (IPL) 2022 with a brilliant run out against Mumbai Indians in Pune on Saturday. He pulled off an impressive diving dismissal to dismiss the in-form MI batsman N Tilak Verma for a duck.

Maxwell joined the RCB camp late due to national commitments with the Australia cricket team and he was able to make his presence felt almost instantly. During the 10th over of the innings, Tilak Verma played the ball with soft hands and looked to take a quick single off Akash Deep.

The Australia international collected the ball in a flash at short cover and although he just had one stump to aim at, he was able to complete a direct hit while pulling off a full stretch dive.

Royal Challengers Bangalore won the toss and opted to field against Mumbai Indians who are looking to register their first win of the competition. On the other hand, RCB bounced back from their defeat against Punjab Kings to beat Kolkata Knight Riders and Rajasthan Royals.

Maxwell replaced Sherfane Rutherford in the playing XI and even before he had the chance to bat, the experienced campaigner was able to announce his return with a bit of magic in the field.

Mumbai Indians, on the other hand, went with just two foreign players in Dewald Brevis and Kieron Pollard. In the previous encounter, they were outplayed by KKR as Pat Cummins played a blinder to guide his team to victory and that resulted in the exclusion of two of their overseas fast bowlers.