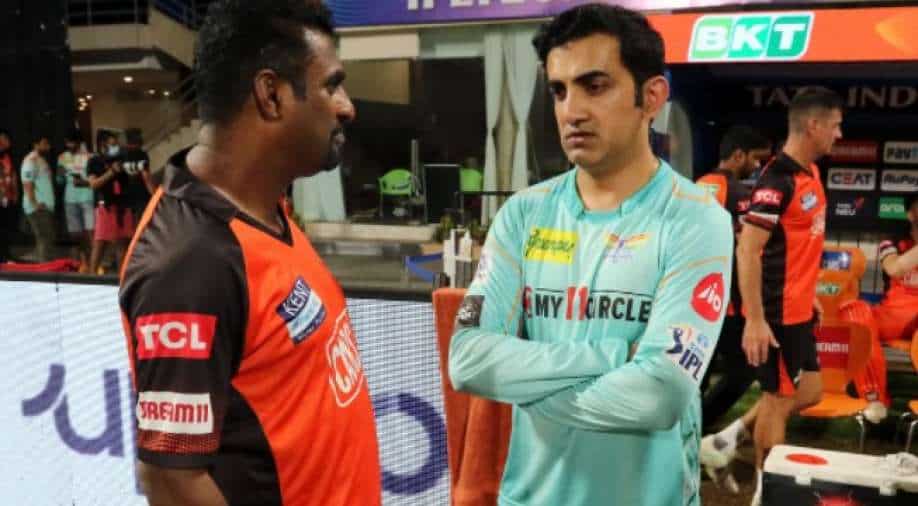 Former Indian cricket team opener Aakash Chopra was all praise for Lucknow Super Giants’ tactic against Delhi Capitals as they pulled off a last-over victory on Thursday. Chopra hailed team mentor Gautam Gambhir and compared his brain to that of fictional cartoon character ‘Chacha Choudhary’.

"Gautam Gambhir's brain is like Chacha Chaudhary, it runs very fast. He sends Krunal Pandya up the order at times and Badoni at other times, sometimes Hooda and here he dropped Pandey Ji (Manish Pandey). We had discussed this, that you should drop Pandey Ji and make your bowling stronger, play Krishnappa Gowtham because the opposing team has a lot of lefties," Chopra said on his YouTube channel.

Lucknow Super Giants have started their Indian Premier League (IPL) 2022 campaign brilliantly with three wins out of four matches. After a loss against Gujarat Titans, they have registered three consecutive wins over Chennai Super Kings, Sunrisers Hyderabad and Delhi Capitals.

On Thursday, Prithvi Shaw handed a brilliant start to Delhi Capitals with a quickfire half century but two quick wickets by Ravi Bishnoi halted their progress. It took steady knocks from Rishabh Pant and Sarfaraz Khan to steady the innings as they posted a total of 149 for the loss of seven wickets.

In response, Quinton de Kock was the star of the show as he scored 80 at the top of the innings and provided the perfect platform for Krunal Pandya and the young sensation Ayush Badoni to clinch the encounter with just a few balls to spare.

Rohit Sharma can be relieved of T20I captaincy for Team India to manage workload: Virender Sehwag