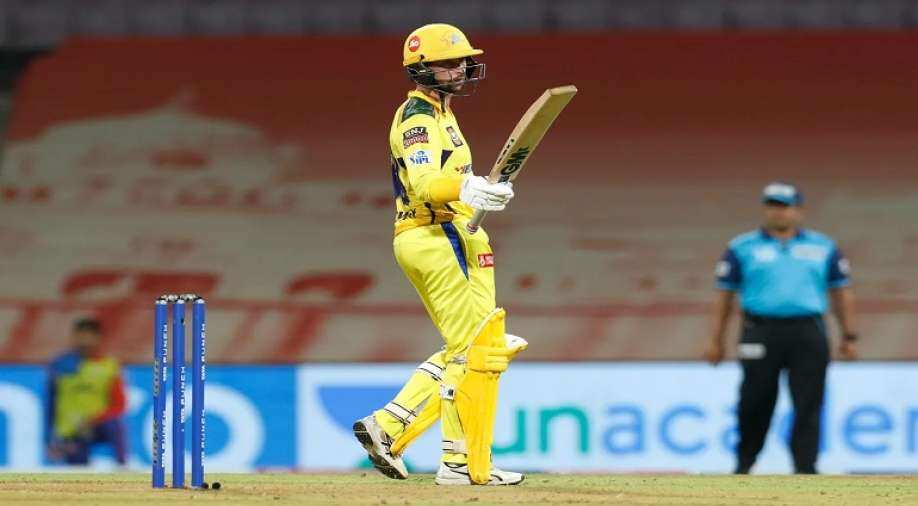 Devon Conway is on the verge of another massive record if he can score a half century in the next game against Mumbai Indians.

Devon Conway has been enjoying a good run of form in the Indian Premier League (IPL) 2022 and the Chennai Super Kings opener continued to impress as he scored a half century against Delhi Capitals on Sunday. This was the third consecutive fifty for the New Zealand international.

Conway ended his innings on 87 off 49 deliveries with the help of seven boundaries and five sixes.

Thanks to this half century, Conway became the third cricketer ever to score three back-to-back fifties for CSK after Faf du Plessis and opening partner Ruturaj Gaikwad. Gaikwad achieved the feat in 2020 while the current Royal Challengers Bangalore skipper du Plessis achieved it in 2021.

Conway, who was picked in the mega auction for INR 10 million, did not perform well towards the start of the tournament. But, in the last two matches, he has scored an unbeaten 85 against Sunrisers Hyderabad and he followed it up with a 56 against Royal Challengers Bangalore.

Conway is on the verge of another massive record if he can score a half century in the next game against Mumbai Indians. If the New Zealand opener can score four back-to-back fifties in IPL 2022, he will become the second batsman ever after Faf du Plessis to achieve that massive feat.

Conway and Gaikwad stitched together their second 100+ opening stand of the tournament to provide CSK with a brilliant start and MS Dhoni played a quickfire 8-ball-21 to take the defending champions to 208/6 in 20 overs.