IPL 2021- 'They do not have as much depth': Royal Challengers Bangalore star AB de Villiers on Sunrisers Hyderabad 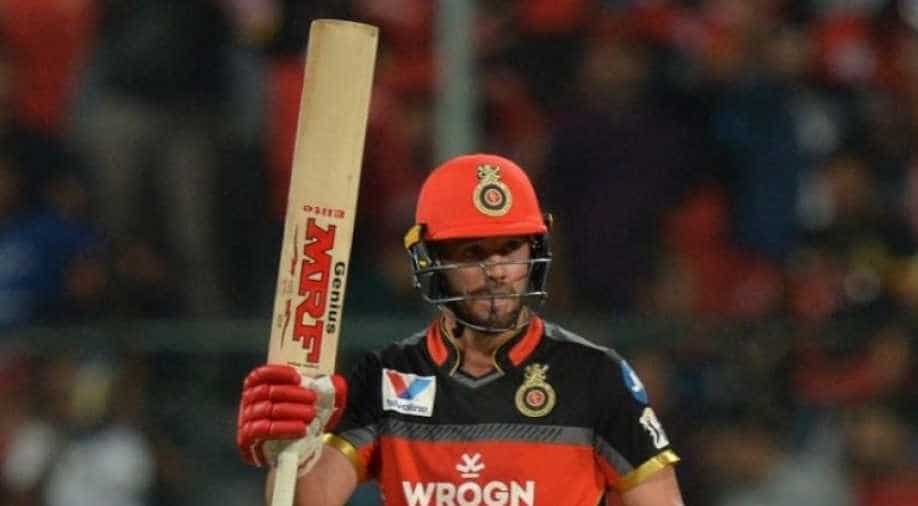 However, he also added that SRH could be "dominated" but can prove dangerous if allowed to stage a comeback

Royal Challengers Bangalore star AB de Villiers feels that David Warner's SunRisers Hyderabad lack depth when compared to other franchises in the Indian Premier League. The South African wicketkeeper made these statements ahead of RCB's clash with SRH on Wednesday.

However, he also added that SRH could be "dominated" but can prove dangerous if allowed to stage a comeback.

"It is a nice attack to face, it is a great challenge. I always enjoy playing against SunRisers Hyderabad. They can challenge you with their skill and they are always smart. It is a matter of us making sure that we get some partnerships and once we get on top of them, they are a kind of a team we can really dominate," said de Villiers in a video posted on the official Twitter handle of RCB.

"They do not have as much depth as some of the other teams in the IPL. If we get hold of them, we have to make sure that we do not allow them to make a comeback because that's where they are really dangerous," de Villiers added.

Royal Challengers Bangalore ended their jinx of losing the season opener by beating defending champions Mumbai Indians in the final ball. AB de Villiers rescued Virat and Co. with his quickfire 48 runs while chasing 160 runs at the Chepauk Stadium. Harshal Patel and Mohammed Siraj had impressive outings with the ball and will be looking to continue their form. Virat and Co. are currently fourth in the IPL points table.

SunRisers Hyderabad were off to a poor start as they lost their opening match against Kolkata Knight Riders. KKR set a huge total of 187 runs at the Chepauk Stadium. David Warner and Co. fell short by 10 runs and are second-last in the points table.