IPL 2021: Sam Curran ruled out of T20 World Cup after suffering back injury during CSK-RR clash 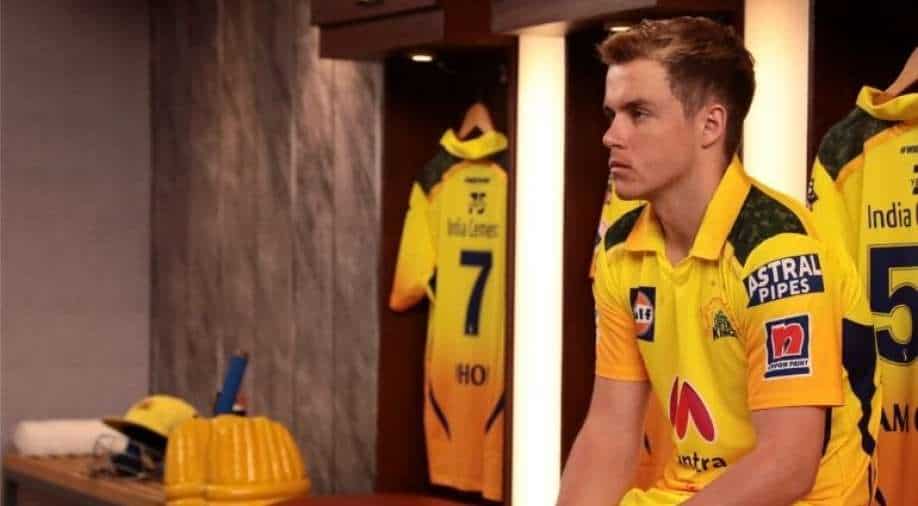 Sam Curran has been ruled out of the ICC T20 World Cup with a lower back injury, which he sustained during an Indian Premier League game for Chennai Super Kings.

All-rounder Sam Curran has been ruled out of the ICC T20 World Cup with a lower back injury, which he sustained during an Indian Premier League game for Chennai Super Kings, the England & Wales Cricket Board said on Tuesday.

He will fly back to the UK in the next couple of days and will have further scans and a full review later this week by the ECB's medical team.

"Curran complained of back pain after Chennai Super Kings Indian Premier League fixture on Saturday against Rajasthan Royals. Results of the scan revealed the injury," the ECB stated.

Curran's brother, Tom, has been drafted into England's squad for the World Cup. In addition, Surrey's left-arm seamer Reece Topley has been added as a travelling reserve. Topley will join the England party in due course.

The 23-year-old Curran had a forgettable IPL, scoring only 56 runs from nine games and picking up nine wickets at an expensive economy rate of 9.93.

"Unfortunately I have received a gutting news that I will unfortunately be missing the remainder of the IPL season and the World Cup. Extremely gutted...Absolutely loved my time with Chennai this season," Sam Curran told CSK.

"It hasn't really sunk in yet but I'm leaving the team in a fantastic space. The boys are playing really good cricket. I want to be supporting them from where I am in the next few days.

"Once it's all sunk in, I'll definitely be supporting the team and I'm sure they can go all the way and lift the trophy."
Curran, 23, has played 24 Tests, 11 ODIs and 16 T20Is for England. He was a part of the England Test squad that played India in England prior to the IPL.

"Just want to say a massive thank you to all the Chennai Super Kings fans, I've absolutely loved all your support in the last two seasons I've been playing. It won't be long until I'm back running, bowling and batting in front of all you guys.

"I'll be back stronger, until then stay safe. Cheers guys," the all-rounder added.

The England players and their support staff arrived at their Muscat base earlier on Tuesday and will remain in Oman until October 16 before moving to Dubai for the start of the tournament.