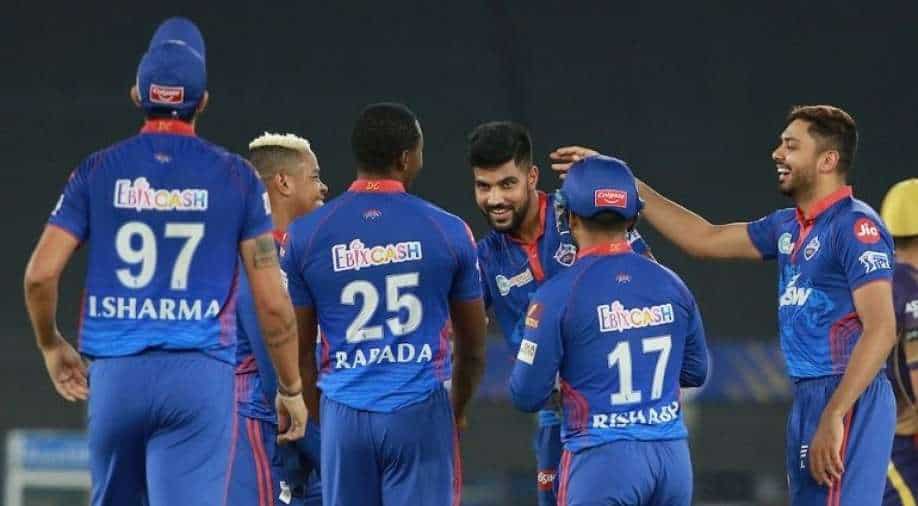 IPL 2021: Ahead of the playoffs, the Rishabh Pant-led Delhi Capitals (DC) took some time off and enjoyed themselves before their clash versus Royal Challengers Bangalore (RCB).

Rishabh Pant-led Delhi Capitals (DC) became the second team to confirm a playoffs spot in IPL 2021. On Monday (October 4), the Pant-led DC franchise locked horns with MS Dhoni-led Chennai Super Kings (CSK), at the Dubai International Cricket Stadium, Dubai, and completed a double over the Yellow Army this season to not only add two more vital points up their sleeves but also confirm a top-two finish in the points table.

Opting to bowl first, Delhi reduced CSK to 62-4 after a promising start by their openers Ruturaj Gaikwad and Faf du Plessis. However, Anrich Nortje and Axar Patel pulled things back for Delhi as Chennai never recovered from thereon. Riding on Ambati Rayudu's unbeaten 55, CSK posted a modest 136-5 in 20 overs. While Pant & Co. complicated the run-chase for themselves, they finished the proceedings in the final over with 3 wickets in hand.

Assuring themselves of a top-two finish with CSK win, DC players enjoyed some time off before the playoffs begin from next week. The official Twitter handle of the IPL 2020's runners-up shared some pictures of the players relaxing before they square off with Royal Challengers Bangalore (RCB) in their last game from the league stage. Here are the pictures:

ALSO READ | August 15 again? MS Dhoni drops a bomb on his IPL future, says you can bid me farewell in Chennai

Pant & Co. will not like to lose steam in their final group stage encounter and enter the playoffs as the top-ranked side. After missing out on winning their maiden title in IPL 2020, DC will be desperate to clinch the trophy this time around in the second and final leg of IPL 14, in the UAE.