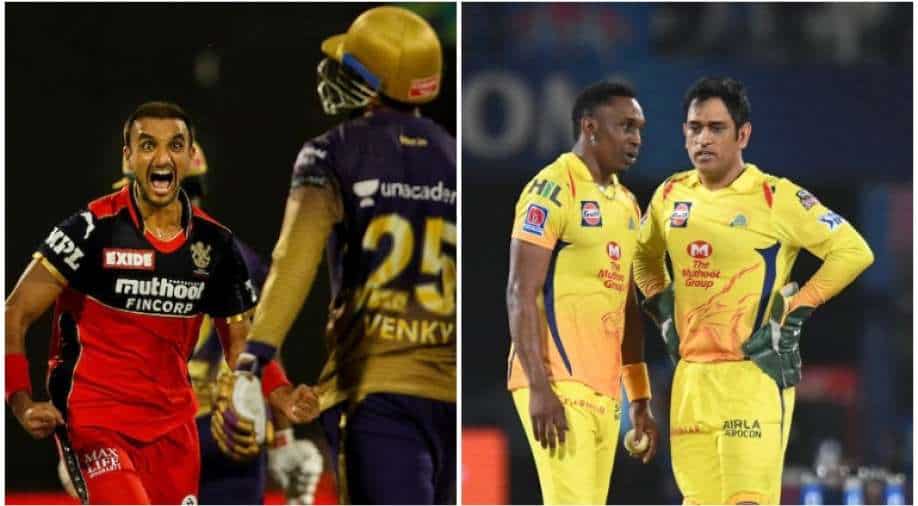 IPL 2021: RCB star Harshal Patel equalled Dwayne Bravo to end with most wickets in an IPL season during the Eliminator versus KKR.

Virat Kohli-led Royal Challengers Bangalore (RCB) ended their run in the IPL 2021 edition, bowing out of the mega event after losing the Eliminator to Kolkata Knight Riders at the Sharjah Cricket Stadium, Sharjah on Monday evening (October 11).

The RCB franchise had qualified for the playoffs with two games to spare in the league stage. While one expected Kohli and AB de Villiers to be one of the main reasons for the team's entry into the playoffs, it was uncapped Indian pacer Harshal Patel who played a much bigger role in taking the three-time runners-up to the last four. The 30-year-old scalped 30 wickets in 14 games and ended the season by taking two more wickets in the Eliminator. Thus, he equalled Chennai Super Kings' (CSK) all-rounder Dwayne Bravo to end an IPL season with most wickets (32).

Most wickets in an IPL season

Talking about the Eliminator, RCB won the toss and opted to bat first. They got off to a flier courtesy a 49-run opening stand but KKR came back into the contest courtesy Sunil Narine's 4 for 21 as RCB were restricted for 138-7 in 20 overs. In reply, Harshal's twin strikes kept RCB in the hunt till the final over but the two-time champions won the game in the last over, with 4 wickets and 2 balls to spare.

At the post-match presentation, Kohli told, "We fought till the last over and made an amazing game out of it. 15 runs less with the bat and a couple of big overs with the ball cost us."