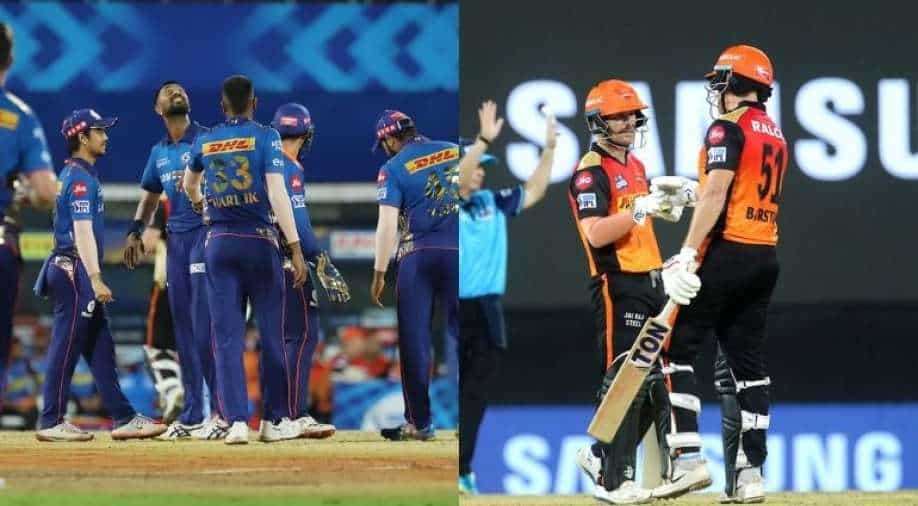 Kieron Pollard's last-minute fireworks (including the 105m six, which is the biggest this season) powered Mumbai Indians to 150 runs at the loss of five wickets.

Mumbai Indians continue their dominance and beat Sunrisers Hyderabad by 13 runs in match 9 of the Indian Premier League at the MA Chidambaram Stadium in Chennai on Saturday.

Kieron Pollard's last-minute fireworks (including the 105m six, which is the biggest this season) powered Mumbai Indians to 150 runs at the loss of five wickets.

In return, Sunrisers Hyderabad were off to a superb start with the opening batsmen (Jonny Bairstow and David Warner) put up a 67-run partnership to kick start the innings. Jonny Bairstow, however, had an unlucky dismissal as he was hit wicket after scoring a quick-fire 43 runs. The Briton smacked four sixes and three fours to reduce the deficit.

Despite Bairstow's wicket, David Warner held on to the crease to continue the momentum. However, a direct run-out by Hardik Pandya turned the match in Mumbai Indians' favour.

After Warner's dismissal, Sunrisers choked and their batting lineup collapsed and Mumbai Indians get their second win in IPL 2021. Sunrisers Hyderabad are yet to open the account in IPL 2021 as they at the bottom of the table.