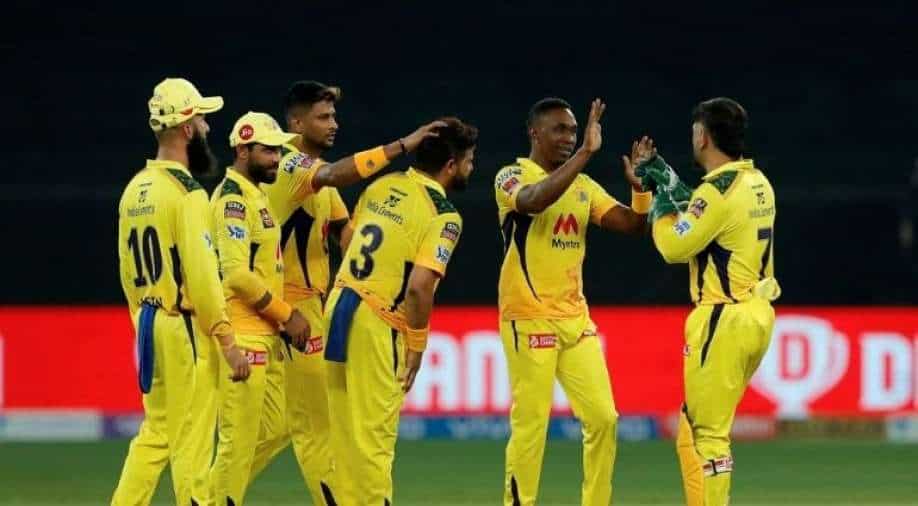 For his stunning performance, Gaikwad won the Man of the Match award and said it was one of his 'top innings till now'

Chennai Super Kings captain MS Dhoni lauded Ruturaj Gaikwad and Dwyane Bravo after winning a thrilling match against the Mumbai Indians at the Dubai International Stadium on Sunday (September 19). With this win, Chennai Super Kings went to the top of the IPL table.

After a long break, the 14th edition of IPL finally resumed with CSK defeating Mumbai Indians by 20 runs, thanks to CSK bowlers and Gaikwad's unbeaten 58-ball 88 as he batted through the innings to lift the team from 7/3 to 156 for six.

"I think at 30/4, you want to get something respectable on the board and Ruturaj and Bravo got us more than what we expected. We had to bat exceptionally to get to 140, but to get to 160 was tremendous, said Dhoni during the post-match presentation.

For his stunning performance, Gaikwad won the Man of the Match award and said it was one of his "top innings till now". He added, "With the pressure of early wickets and with the seniors in the dressing room, I just had to grind and get the team to 130, 140 and then 150 was possible. When Mahi bhai is around and with the CSK management, once they back you, you don't have to think much."

Ruturaj Gaikwad wins the Man of the Match award for his brilliant knock of 88* off 58 deliveries 👏👏#VIVOIPL #CSKvMI pic.twitter.com/efs6Ybxt6L

A look at the Points Table after Match 30 of #VIVOIPL pic.twitter.com/pucUcEqqOH

Apart from the bowl, Bravo also contributed with his bat as he provided a late spark (23 off 8 balls) that recovered CSK from a disastrous start to put up a fighting total.

"The wicket was slightly two-paced and slow to start off with. Most of them got out to the slowness. If you come later and you want to go hard and that's why we lost wickets. I would have tried to get into the eighth or ninth over and then take it from there. You always think you could have gone harder earlier, but with wickets down, it was a risk," Dhoni further added.