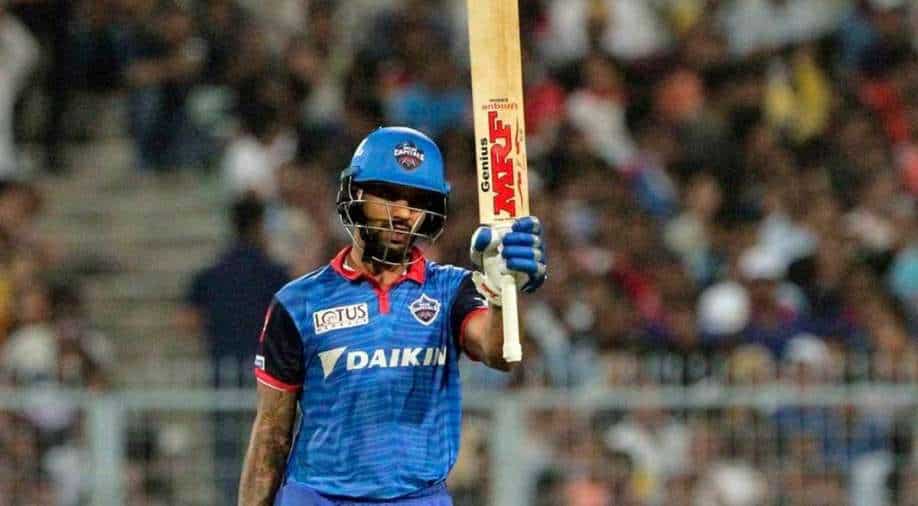 Shikhar Dhawan of the Delhi Capitals said that he is very excited to play the remainder of the 14th edition of the Indian Premier League (IPL), which is scheduled to re-start from September 19 in the UAE.

"It's great to be back. There's a great environment within the team. All the boys are working very hard and I am looking forward to the IPL season. I am very excited to play the upcoming matches," stated Dhawan in an official release.

"It's very important to start on a high note. We need to do well from the first match itself and therefore we are working very hard for our first match against Sunrisers Hyderabad. We have to bring our hard work into effect during matches and produce great results," said Dhawan.

Dhawan gave a special mention to DC's star batsman Shreyas Iyer, who missed the first leg of the season due to injury, as he said that the squad is, even more, stronger for the second half of the season with Iyer returning to the side.

"We were in a certain flow in the first half of the season and then that flow was broken once the tournament was suspended. So we have to rebuild our energy and get back on the flow we were in. The good thing is that our team is well balanced and Shreyas Iyer is back in the side as well, so our team is even stronger now," said Dhawan.

ALSO READ | Important for us to start IPL phase-2 on a high note: Delhi Capitals' Dhawan

Gabbar intends to start from where he left off in the first half of #IPL2021 🔥@SDhawan25 talks about the heat in 🇦🇪, starting the second half on a high note and hopefully scoring a lot of runs and thigh-5⃣s 😍#YehHaiNayiDilli #CapitalsUnplugged @OctaFX pic.twitter.com/N5U4TxasxP

The 14the edition of India's cash-rich tournament was halted midway through the season in May due to multiple cases in the IPL bio-bubble and also the increasing COVID-19 cases when it was underway in India.

When asked about getting acclimatising to the conditions in the UAE, the opening batsman said: "We'll beat the heat as well. It takes some time to get used to the humidity here since we were indoors for a while. But we've been doing this for so many years so we'll definitely beat the heat."