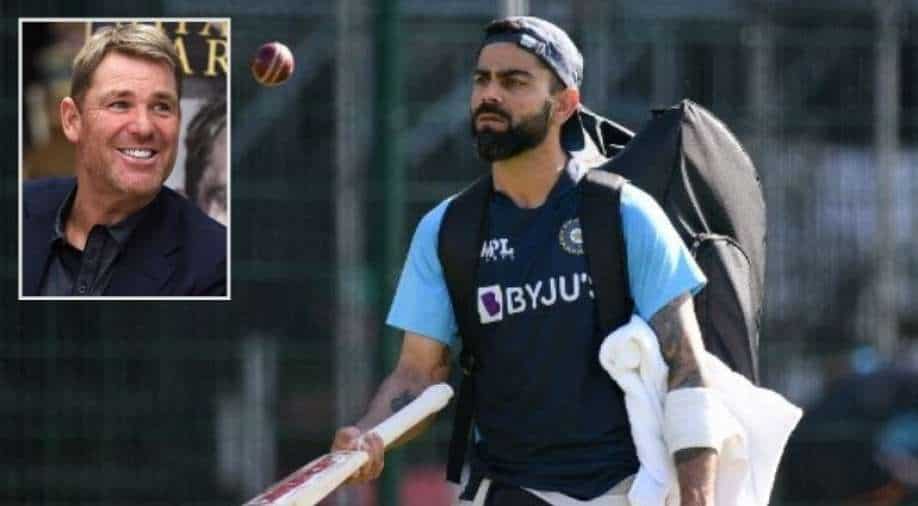 "When you see that top five of Sehwag, Ganguly, Dravid, Laxman, Tendulkar, that isn't bad. I don't think you can say that it's the best batting Indian side," he added.

Former Australian cricketer Shane Warne praised the Indian skipper Virat Kohli and called him one of the "best batsmen" on the planet because of his career achievements, especially in the long format of cricket.

The spin legend also heaped praises on India's bowling attack, mentioning the star pacer Jasprit Bumrah. He feels that the batting lineup is good but not as strong as the one featuring former cricketers Virender Sehwag, Rahul Dravid, Sachin Tendulkar, Sourav Ganguly and VVS Laxman.

Warne, who played plenty of international cricket against India's 'Fab Five', said on the YouTube channel of Sky Sports, "Their batting is nowhere near as strong as Dravid, Ganguly, Laxman, Tendulkar, Sehwag."

ALSO READ | Important for us to start IPL phase-2 on a high note: Delhi Capitals' Dhawan

"Virat Kohli is one of the best batsmen on the planet, if not the best across all forms, but when you see that top five of Sehwag, Ganguly, Dravid, Laxman, Tendulkar, that isn't bad. I don't think you can say that it's the best batting Indian side," he added.

"Virat Kohli and Rohit Sharma are two standout players, and I think Rishabh Pant will be a superstar down the track. But I think it is their fast bowlers that have elevated India to be able to win in all conditions and not just in India," Warne said.

Shane Warne talked about India's performance during India vs England Test series which unfortunately didn't conclude as expected after the fifth and deciding Test in Manchester was dramatically cancelled on Friday just over two hours before the scheduled start because of COVID-19 concerns in the tourists' camp.

India were 2-1 up in the five-match contest after a 157-run win in the fourth Test at the Oval and were bidding to complete a notable double just months after winning a series in Australia.