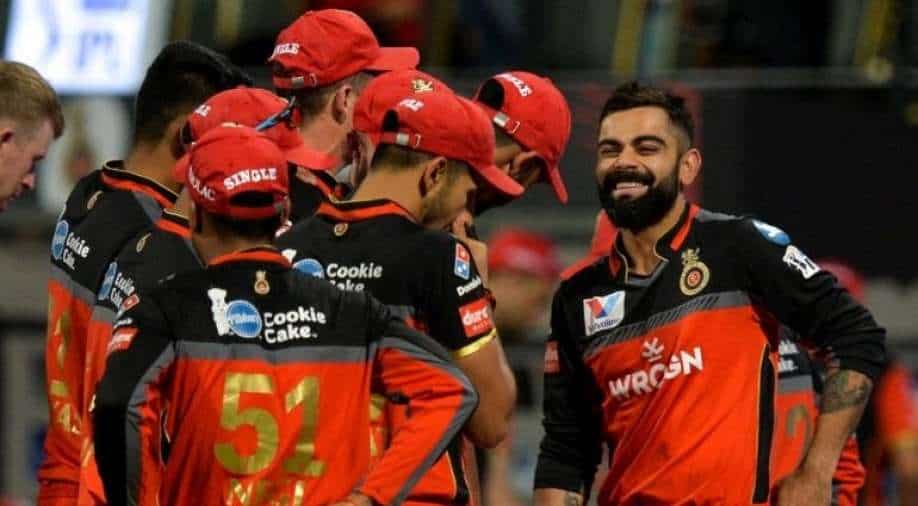 The duo will now undergo six-day mandatory quarantine and then they both will join the team bubble in Dubai.

Royal Challengers Bangalore skipper Virat Kohli and pacer Mohammed Siraj arrived in Dubai on Sunday ahead of the resumption of the Indian Premier League (IPL) 2021 season.

ALSO READ: Important for us to start IPL phase-2 on a high note: Delhi Capitals' Dhawan

The duo will now undergo six-day mandatory quarantine and then they both will join the team bubble in Dubai.

"The news you`ve all been waiting for: King Kohli and Miyan Magic have joined the team in Dubai," the official handle of RCB tweeted on Sunday.

Earlier, ANI had reported that RCB would be arranging a charter flight to get Virat Kohli and Mohammed Siraj into Dubai on Sunday morning, ahead of the resumption of the IPL 2021.

"Yes, we have arranged a charter flight for Virat and Siraj, both of them will be flying out at 11:30 PM UK time on Saturday and they will reach Dubai early Sunday morning. The safe transit of players is the utmost priority for RCB. They will undergo 6-day quarantine there before joining the team bubble," the source had said.

The Board of Control for Cricket in India (BCCI) has informed all franchises that every player coming in from the UK will have to undergo six days of hard quarantine before they can join the existing team bubbles in UAE for the resumption of the 2021 edition of the IPL.

"The BCCI has informed us on Friday that every player coming in from UK to UAE will have to undergo six days of quarantine before they can join the team bubbles. Obviously the bubble to bubble transfer from UK to UAE no longer stands keeping in mind the current scenario," the official said.

With the final Test between India and England in Manchester cancelled, IPL franchises on Friday got in touch with charter companies to fly out their players from Manchester to UAE for the resumption of the cash-rich league.

The 14th season, which was postponed in May this year in the wake of the COVID-19 pandemic, will resume on September 19 in Dubai with a blockbuster clash between Chennai Super Kings and defending champions Mumbai Indians.

The board has come up with a 46-page health advisory that lays down all the pointers that everyone associated with the IPL needs to follow in order to ensure the smooth functioning of the league.