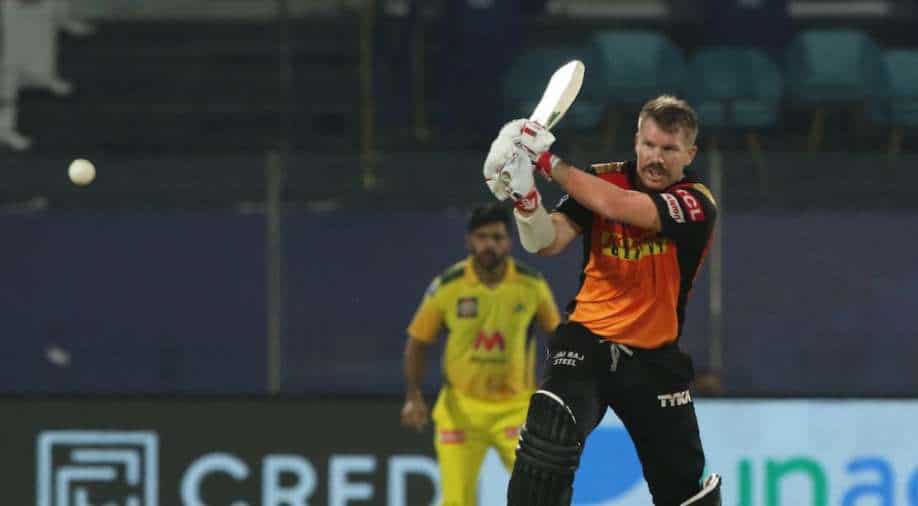 IPL 2021: After being left out of the playing XI during Sunrisers Hyderabad (SRH)'s game versus Rajasthan Royals (RR), David Warner has dropped a bomb regarding his future with the one-time winners.

David Warner has been one of the biggest match-winners for the Sunrisers Hyderabad (SRH) franchise ever since he joined the side in 2014. Since then, the Aussie opener has been most consistent for the Orange Army, surpassing the 500-run mark on every occasion and ending as the leading run-getter in three seasons.

Apart from this, Warner has also led the SRH camp to their solitary IPL title so far, in the 2016 edition. However, things changed for the worst for the veteran opener in the IPL 2021 edition. He started the first leg of IPL 14 on a slow and ordinary note, with a strike-rate way below his standards, before some reports stated that the team management wasn't happy with the way he reacted to Manish Pandey's omission, after the Super Over game versus Delhi Capitals (DC) early this year.

Not being able to score freely, along with the SRH franchise facing back-to-back defeats, Warner was removed from the playing XI. He was also replaced by Kane Williamson as the captain before IPL 14 came to a halt in early May, due to the Covid-19 crisis in India.

Come the second and final leg, which is underway in the UAE, Warner's struggles have continued. He managed scores of 0 and 2 before being overlooked for SRH's encounter versus Rajasthan Royals (RR) on Monday (September 27). Nonetheless, many viewers couldn't even spot Warner in the dugout. Not seeing him travel with the team to the stadium led to many speculations.

Now, Warner has all but confirmed that he won't be travelling to the stadium any further in the ongoing season, hinting at his possible exit from SRH. Here's what he replied to a fan who asked about his whereabouts when the Aussie opener shared a glimpse of the SRH-RR encounter from his hotel room:

It is highly possible now that Warner is set to enter the mega auction, which is slated to be held later this year ahead of the IPL 2022 edition. With two new teams entering the scene, along with some other franchises also looking for a captain, Warner's stakes might rise further in the next season. However, his likely departure at the SRH franchise leaves many disappointed given how big a player he has been at the Orange Army.