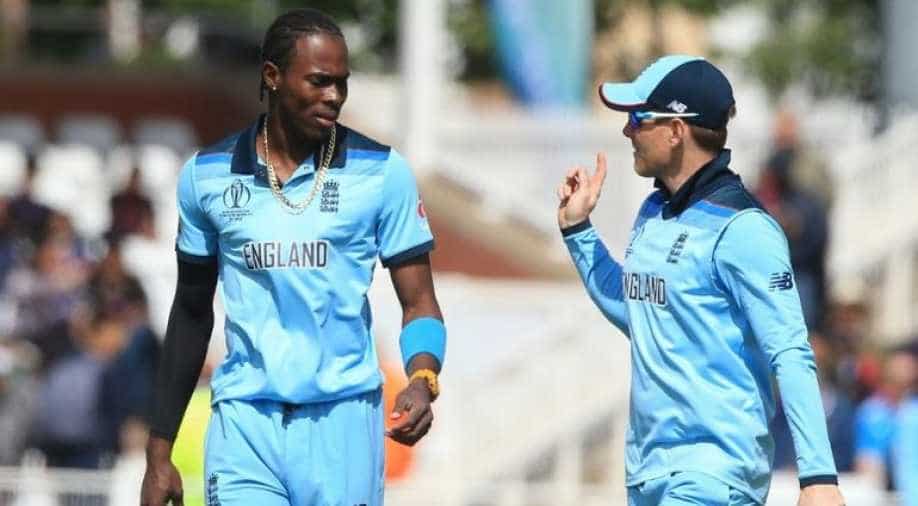 With England and Australian players joining in their respective franchises just days ahead of Indian Premier League (IPL) 2020, teams have been handed a massive relief as all the 21 players who arrived to the UAE from the United Kingdom will only have undergo 36 hours of quarantine contrary to the earlier reported six days.

With England and Australian players joining in their respective franchises just days ahead of Indian Premier League (IPL) 2020, teams have been handed a massive relief as all the 21 players who arrived to the UAE from the United Kingdom will only have undergo 36 hours of quarantine contrary to the earlier reported six days.

All the franchises having English and Australian players had appealed to the BCCI for reducing quarantine period and the issue has now been sort out with the local authorities in the UAE.

According to PTI, English and Australian players will now have to under 36-hour quarantine period instead of six days which allows the team to have all their players available from the first game itself.

"Yes, I can confirm that all the English and Australian players have to now undergo 36-hour quarantine instead of six days. The matter has been sorted and most of the teams will now have their big stars available from the first game itself," a senior IPL functionary privy to development told PTI on conditions of anonymity.

The likes of Steve Smith, David Warner, Jofra Archer, Jos Buttler will arrive in the UAE late on Thursday night (UAE time) from the UK and on arrival will undergo RT-PCR test for COVID-19.

"They have undergone one rapid test before boarding (the flight) and will undergo another on arrival. Otherwise, the robust testing protocols will be followed as usual. The rationale behind the move is that all the players are entering from one bio-bubble to another," the veteran BCCI official said. The PTI had earlier reported that one of the senior players, an Australian superstar, had written a letter to BCCI president Ganguly requesting for a three-day quarantine, instead of six.

Reportedly, the BCCI had a word with the officials of at least three franchises which have Australian and English players in their squad and the verdict has been satisfactory. "The BCCI did a great job in reducing the quarantine period to 36 hours. This means teams like Chennai Super Kings (Josh Hazlewood and Tom Curran), Rajasthan Royals (Smith, Buttler, Archer) will have all their players available from their first game. Ditto for Kings XI Punjab that has Glenn Maxwell in its roster and Delhi Capitals that has Alex Carry," a franchise official told PTI.

Mumbai Indians are the only franchise not boasting any English or Australian players who were a part of the recently concluded England vs Australia limited-overs series. Whereas Kolkata Knight Riders, who start their campaign on September 23 remain unaffected by the change of rules.