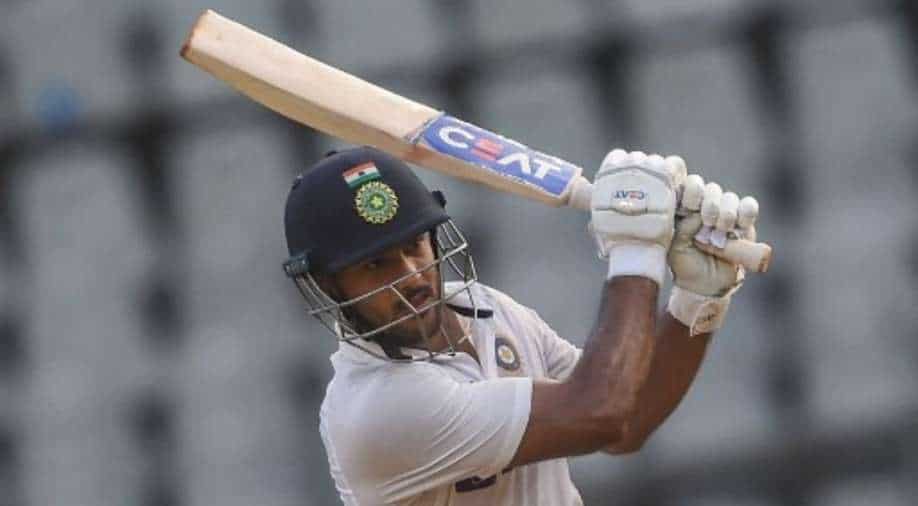 Mayank also said that how he tried to copy Gavaskar's stance, he said, "When he was saying, I noticed his shoulder position and basically picked up that I need to be more side on"

Mayank, who scored his fourth Test ton revealed how a piece of advice from legendary batter Sunil Gavaskar helped him. During a virtual press conference, he said, "He [Gavaskar] told me that I should consider keeping the bat a bit low initially in my innings. I have a tendency to hold it high. I couldn't make that adjustment in this short period of time.

Mayank also said that how he tried to copy Gavaskar's stance, he said, "When he was saying, I noticed his shoulder position and basically picked up that I need to be more side-on."

During the match, Agarwal lifted India from 80-3 as he smashed 14 boundaries and four sixes including one-off Patel at long-off after being challenged to the shot. Agarwal told reporters there was a conscious decision to attack Patel, who he said had "bowled exceedingly well" during the day.

On Ajaz Patel's bowling, Mayank said, "He was bowling exceedingly well. But each time anything was in our half (our arc), the plan was to be a bit more attacking. Anything that came a little towards us in length, we were going to go for it."

"He had that phase when he tied us down, so it was a conscious decision to make it count when we could or each time he bowled it in our spot," he explained.