Indians were scared, under pressure even before the Pakistan match started: Inzamam-ul-Haq 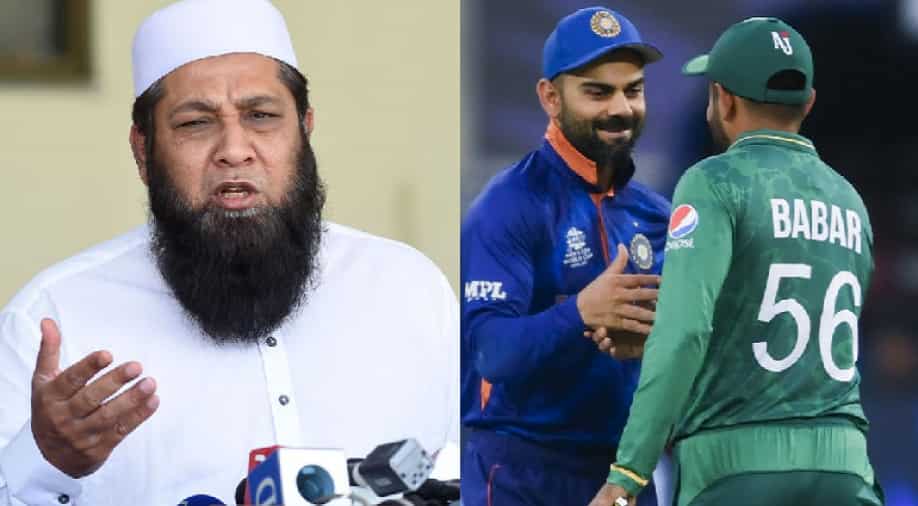 Inzamam-ul-Haq claimed Indian players were scared even before the game against Pakistan. Photograph:( AFP )

Former Pakistan captain Inzamam-ul-Haq has made a controversial statement, claiming that Indian players were scared and under pressure even before their game against Pakistan in the T20 World Cup 2021.

Former Pakistan captain Inzamam-ul-Haq has made a controversial remark claiming the Indian players were 'scared' and 'under pressure' even before the start of the game against Pakistan in the recently-concluded T20 World Cup 2021. India had suffered a crushing defeat by ten wickets against arch-rivals Pakistan in the opening clash of the showpiece event in Dubai.

Former Pakistan skipper Inzamam questioned the body language of the Indian players before the start of the high-octane clash and said it was evident at the toss that Indian skipper Virat Kohli was under pressure compared to Pakistan's Babar Azam.

"I feel the Indians were scared even before the match started. Their body language, if you see Virat Kohli and Babar Azam's interview at the toss, you could sense who was under pressure," Inzamam said on ARY News.

Batting first, India got off to a shambolic start in the game as they lost opener Rohit Sharma cheaply on a duck in the very first over before KL Rahul was sent packing for 3. Skipper Kohli's 57 off 49 balls and Rishabh Pant's 39 off 30 deliveries helped India post 151 runs on the board. Inzamam claimed the pressure didn't catch up to India after Rohit's dismissal but that the Men in Blue were on the back foot even before the start of the game.

Also Read: List of players likely to be retained by CSK, KKR, DC and MI ahead of IPL mega auction

After getting bundled out for 151, Indian bowlers failed to pick up a single wicket as half-centuries from Babar and Mohammad Rizwan helped Pakistan win the game by ten wickets with 13 balls to spare. The victory hampered India's morale as they went on to lose their next game against New Zealand to bow out of the tournament from the group stages with two wins and three defeats.

Inzamam said the pressure after losing their opening game against Pakistan took a toll on the Indian team and they couldn't recover from it as they suffered yet another shambolic defeat against the Kiwis. The former Pakistan captain said India are a good T20I side but the pressure cost them the tournament.

Also Read: 'It used to be like a war': Dubai Cricket Council chairman offers to host India-Pakistan series in UAE

"Indian team never plays the way they did. They are a good T20 team, there is no doubt about it. If you look at their performance in the last 2-3 years, they were the favourites. But that India-Pakistan match put so much pressure on them that there was no looking back," said Inzamam.

"Their feet weren't moving at all. After losing to Pakistan, they were handed so much criticism and there was a 3-4 day break. The poor guys couldn't even play Santner and Sodhi. They are such good players of spin. That pressure mounted on them." he added.