India vs South Africa: Second day of Centurion Test called off due to heavy rain 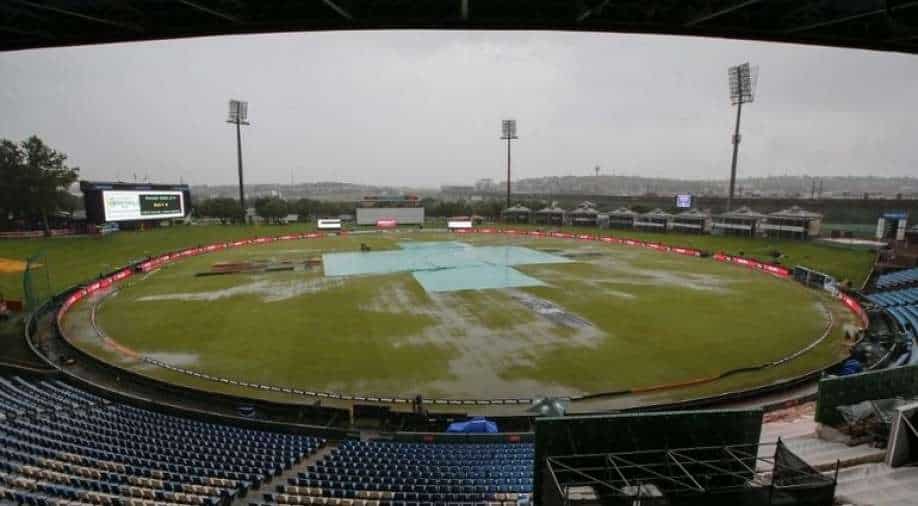 The rain stopped twice, and the umpires decided to examine, but both times, just as they were about to walk outside, the heavens opened up again.

On the second day of the first test between South Africa and India at Centurion Park on Monday, no play was possible due to heavy rain, frustrating both teams looking to take advantage in the three-match series.

What began as a drizzle this morning turned into a continuous downpour in the afternoon, and with 90 overs lost in the game, Virat Kohli's team, who were sitting well at 272 for 3 after day one, will now have to speed up the proceedings in the remaining three days if they are to win the match.

ALSO READ: Ind vs SA, 1st Test: Dravid gives a pat on Pujara's back to uplift his spirits after golden duck - WATCH

The rain stopped twice, and the umpires decided to examine, but both times, just as they were about to walk outside, the heavens opened up again.

"Unfortunately, due to the large volume of rain today at Centurion, play has been called off for the day," tweeted BCCI.

Unfortunately, due to the large volume of rain today at Centurion, play has been called off for the day. #SAvIND pic.twitter.com/NQ5Jbc8MlJ

Team India had dominated Day 1 of the current first Test against the Proteas at SuperSport Park, with the visitors' total at stumps reading 272/3. KL Rahul (122*) and Ajinkya Rahane (40*) are both unbeaten at the crease, and India will be looking for a good performance from the batsmen on Day 2.

Mayank Agarwal hit 60 runs and contributed to a 117-run opening partnership with KL Rahul. Skipper Kohli was also looking well set at the crease, but he fell to Lungi Ngidi after a 35-run knock.

India will aim to post a huge first-innings score and maybe bat only once in the test. South Africa will also try to bundle out India as fast as possibe on the third day, but they will need to bowl much better than they did on Sunday where only seamer Lungi Ngidi (3-45) was among the wickets.

India is aiming for their first test series victory in South Africa, with games in Johannesburg and Cape Town to follow.