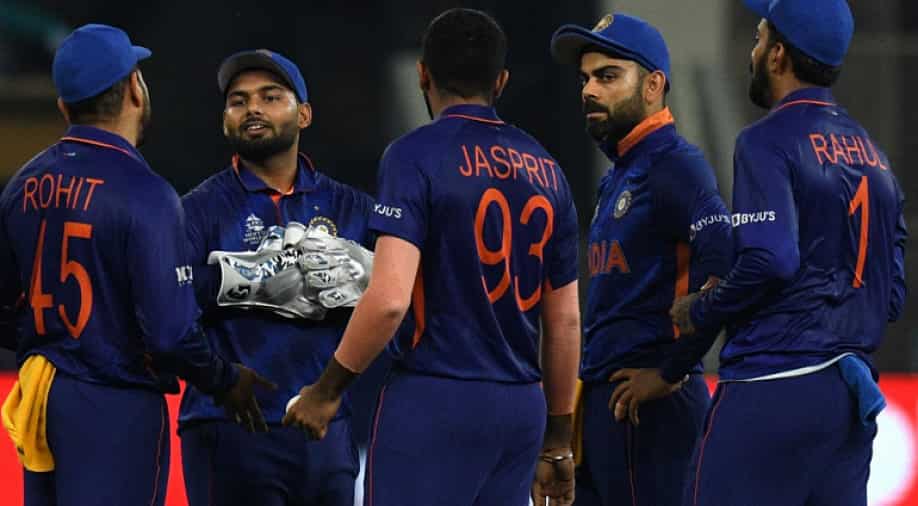 As millions of fans are backing the Men In Blue to solidify their position in the race to semi-finals, former Indian cricketer Wasim Jaffer has taken a hilarious jibe at umpire Richard Kettleborough

In the Super 12 stage of ICC Men's T20 World Cup, the Virat Kohli-led Team India were off to a poor start after a 10-wicket loss to the arch-rivals Pakistan in their campaign opener on Sunday (October 24), they then locked horns with New Zealand in their second match of the tournament, which is crucial from India's perspective.

As millions of fans are backing the Men In Blue to solidify their position in the race to semi-finals, former Indian cricketer Wasim Jaffer has taken a hilarious jibe at umpire Richard Kettleborough, who is officiating the crunch match between India and New Zealand.

Wasim wished the fans Happy Halloween, with a reminder that it is not going to be an easy night being Kettleborough as one of the officials. Interestingly, he was also officiating during India's loss to Australia in the 2015 World Cup semi-final, he was officiating when India lost in the Champions Trophy 2017 final to Pakistan and he was also the umpire when West Indies in the 2016 T20 World Cup semi-finals.

India has lost All the Knockout Matches where Richard Kettleborough was On Field Umpire... In WTC Final he was TV Umpire too 😭
And in today's Virtual Knockout, he's the On Field Umpire. 👻#t20worldcup pic.twitter.com/iWe0CmMZvh

Ahead of the India vs New Zealand match, captain Kohli said that "it's ridiculous" that the Indian team is playing twice in 10 days in the ongoing tournament. During toss, Virat said, "It's ridiculous, we are playing twice in 10 days. Too long a break, but yeah, the guys have recovered well. Had good practice sessions, are itching to go out on the field, which is a good thing. When you have so many days off you want to get on the park and get into the groove."