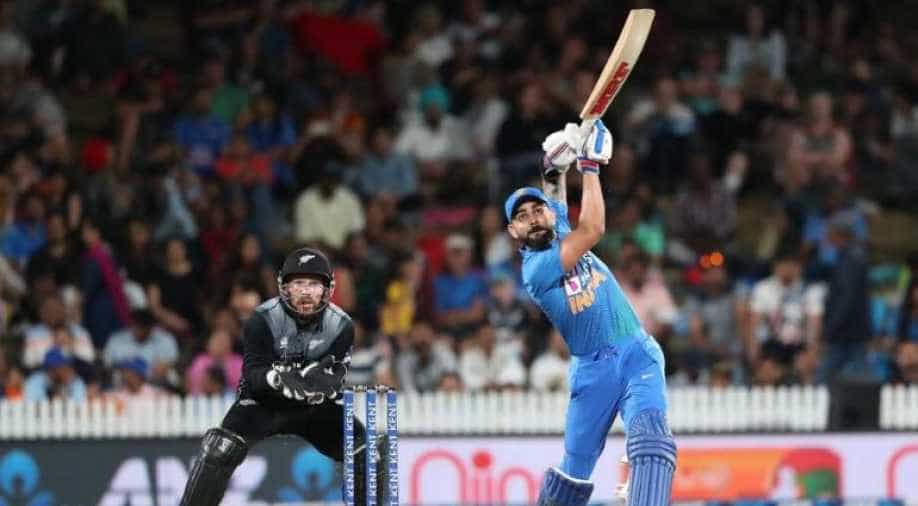 Mayank Agarwal is set to replace Rohit in the ODIs. This tour will witness the come back of India's young prodigy Prithvi Shaw.

India is set to face New Zealand for the first ODI of the series on Wednesday at Hamilton.

India will look forward to continuing their winning spree over the hosts as they already clean-swept New Zealand in the T20I series (5-0) on Sunday.

The deflated Kiwi side have already faced a setback before the beginning of the match tomorrow. Their in-form batsmen and skipper Kane Williamson has been ruled of the first two ODIs versus India following a shoulder injury. Mark Chapman has been called as the replace meant and Tom Latham has been declared as the Captain of the New Zealand side for first two ODIs.

India's prolific opener Rohit Sharma has also been ruled out for rest of the tour after he was struck by a calf injury.

Mayank Agarwal is set to replace Rohit in the ODIs. This tour will witness the come back of India's young prodigy Prithvi Shaw. The 20-year-old is expected to open the game for India alongside KL Rahul.

Prithvi Shaw has recently come out of 8-month long ban after he failed the doping test. He has been a part of India A and his fertile innings versus the New Zealand A earned him a spot in the team.

Last time these two heavyweights collided in this format was in the semifinal clash of the World Cup in England.

Skies in Hamilton are set to be clear and the opener is set to have a sunny day. Fans will be happy to know that there are no chances of precipitation tomorrow.