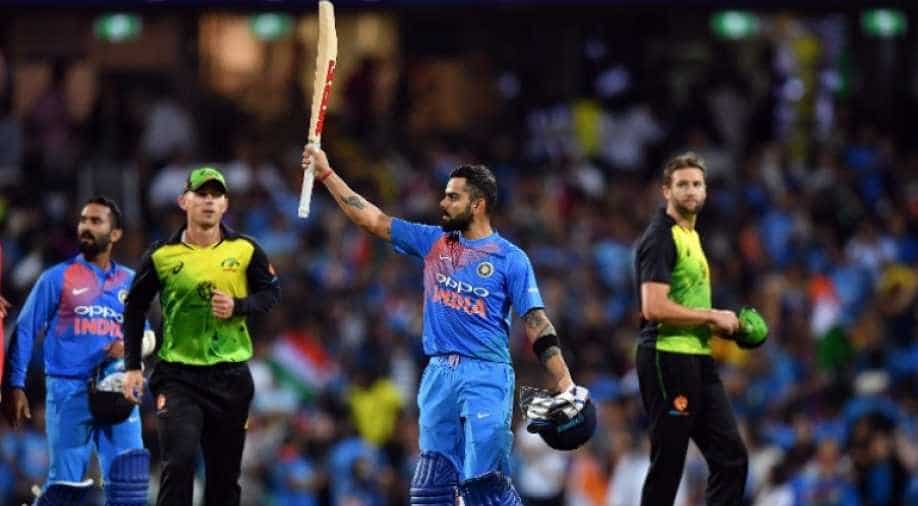 Krunal Pandya snatched four precious wickets for India for which he got the man of the match award.

India defeated Australia by six wickets in the third and final T20 International to level the series 1-1 at Sydney Cricket Ground on Sunday.

D'Arcy Short (33) was the top-scorer for Australia, while Krunal Pandya snatched four precious wickets for India for which he got the man of the match award.

Despite Pandya's four-wicket haul, the hosts managed to put up a defendable total of 164 runs but Virat Kohli's side chased down the total with two balls remaining.

Dhawan-Rohit partnership had put pressure on the Australian bowling attack but with Shikhar Dhawan's wicket, pace sensation Mitchell Starc got a breakthrough for the Aussies. Dhawan scored quick 41 with 121.74 strike rate.

Spinner Adam Zampa got another wicket as he sent off Rohit Sharma for 23 with a quicker length ball that ripped through Sharma which he failed to assess.

Virat 'The Chaser' Kohli does it again, ending 61* from 41 balls as India chase down 165 with just two balls remaining. What a knock from the skipper!#AUSvIND SCORE 👇https://t.co/vuuqcrYXlw pic.twitter.com/0IlDYZRdZ2

Earlier, After winning the toss, Australia started off the innings well as both the openers D Arcy short and Aaron Finch looked in control but after Finch's wicket, Aussies lost their momentum.

Pandya struck against and outbowled Ben McDermott on the next ball.

Australia won the first T20 International by four runs via D/L method before the second match was abandoned due to rain.