'In MS Dhoni vs Lasith Malinga...' - Scott Styris picks his favourite between best finisher and best death bowler in IPL 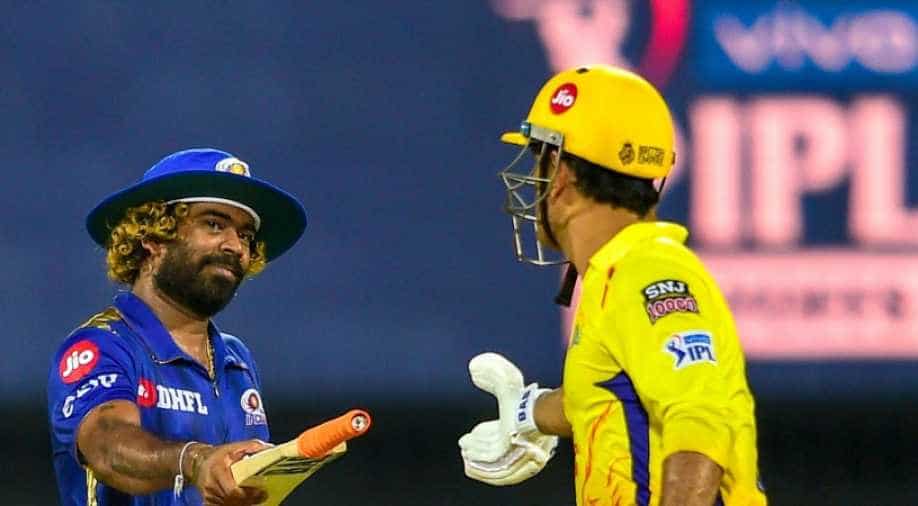 Former New Zealand all-rounder Scott Styris reckons MS Dhoni has the edge over Lasith Malinga in terms of dominating the duel in head-to-head matches between Chennai Super Kings and Mumbai Indians in the history of IPL.

The rivalry between Mumbai Indians and Chennai Super Kings, in the Indian Premier League (IPL), is second to none. Over the years, the head-to-head clashes between CSK and MI have witnessed many dramatic and enthralling moments which has made this rivalry more special besides the trophy count, where MI has a slight edge with five over CSK’s four. The matches between CSK and MI have also witnessed many face-offs, most notably between arguably the greatest finisher of all-time MS Dhoni and best death bowler Lasith Malinga.

Former New Zealand all-rounder Scott Styris reckons Dhoni has the edge over Malinga in terms of dominating the duel in head-to-head matches. Styris said CSK’s consistency in the knockout rounds, ability to produce more uncapped players and Dhoni’s advantage over Malinga make CSK the better side among the two.

‘IPL a cash cow, break will lead to anxiety and insecurity for few players’: Paddy Upton

"I've got four points. It's about consistency, CSK have never missed the final series, have won the most knockout matches, it's the expectation and reliance on these IPL teams to produce Indian players and CSK have produced the most uncapped players for India and it's a real desire that they have to continue to develop players in that regard," said Styris told host broadcasters.

Overall, Dhoni has scored as many as 4,432 runs in 190 matches in IPL, whereas Malinga has 170 wickets in just 122 matches. But Styris, who has played 12 matches for CSK, feels Dhoni has the edge over Malinga.

Meanwhile, there’s no official confirmation related to the postponement or cancellation of IPL 2020 with the cash-rich tournament standing suspended until April 15 in the wake of COVID-19 pandemic. As per latest reports, the BCCI is looking for an alternate window later in the year to conduct the tournament.

'This will be a great series,' says PCB chairman Ramiz Raja as West Indies women to tour Pakistan for 3 ODIs