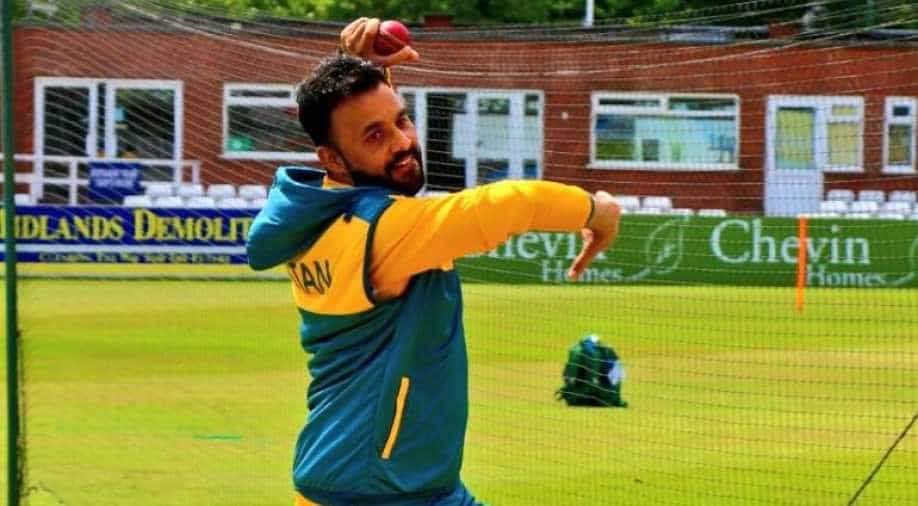 After arriving in the UK, the player was tested again under the ECB protocols and was tested positive.

Pakistan's left-arm spinner Kashif Bhatti has been allowed to rejoin the squad after coronavirus scare.

Before travelling to the UK, tests were conducted under PCB's protocols where he was first tested positive, however, the following to tests have turned out to be negative. So the player was allowed to travel for the tour.

After arriving in the UK, the player was tested again under the ECB protocols and was tested positive. He had to isolate himself, but later tests confirmed that he was negative and was allowed to join the squad in Worcester.

There was confusion over the initial positive test in the UK but an ECB spokesperson said it was "for the remnants of a previous Covid-19 infection".

"The player had returned a positive test result for the remnants of a previous Covid-19 infection and in consultation with Public Health England and a virologist, a safety-first approach was taken to isolate the player," the spokesperson said. "The player has now returned a second negative test with no risk of infection to other players and staff."

Bhatti arrived in the UK on July 8, he travelled with Haider Ali and Imran Khan. While self-isolating, Bhatti remained in the same hotel where the squad stayed but did not train with them. He trained separately.