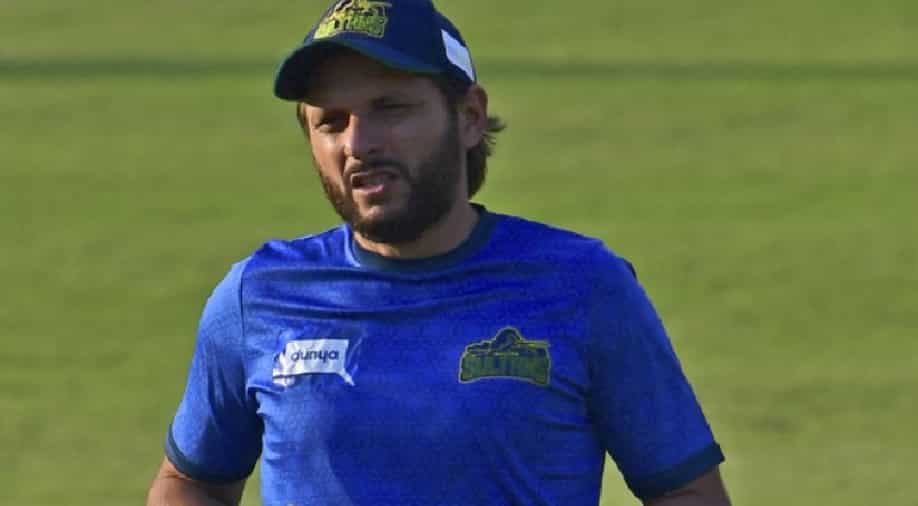 Former Pakistan all-rounder Shahid Afridi revealed he got a call from a Pakistan pacer, who was feeling the pressure ahead of the blockbuster India clash at the T20 World Cup 2021.

Former Pakistan captain Shahid Afridi revealed he got a call from under-pressure Shaheen Shah Afridi ahead of the high-profile clash between India and Pakistan at the T20 World Cup 2021. India and Pakistan had locked horns in their respective opening game of the showpiece at the Dubai International Stadium in Dubai.

Shaheen, who is regarded as one of the most promising pacers in world cricket at present, had video-called former all-rounder Afridi to settle his nerves ahead of the big clash. Shaheen went on to make a lasting impression with his brilliant performance against the Virat Kohli-led side as he picked up three big wickets in the game.

Shaheen gave Pakistan a cracking start in the high-pressure game as he got rid of Rohit Sharma on a duck before picking up the wickets of KL Rahul and Virat Kohli to deliver a performance for the ages. However, he was under pressure heading into the game and had spoken to Afridi ahead of the game.

“Before the first game against India, Shaheen video-called me and told me that I'm feeling a bit of pressure. We talked for about 11-12 minutes, I told him that God gave you the opportunity to go out and perform, you strike those wickets and become a hero. By god's grace, he did exactly that,” former Pakistan all-rounder Afridi said on Samaa TV.

Pakistan managed to restrict India on a moderate total of 151 runs with the help of Shaheen's Man of the Match performance with the ball. Babar Azam and Mohammad Rizwan then helped the Men in Green chase down the target without losing a single wicket to earn a comprehensive ten-wicket win.

Also Read: 'I was not confident': Afridi reveals he was not in favour of Babar Azam becoming Pakistan's captain

It was Pakistan's maiden win against India in a World Cup match as they broke their losing streak against the arch-rivals and got off to a winning start in the tournament. Afridi also recalled his playing days and revealed he always looked forward to matches against India. Afridi said he would not even sleep a night before a game against India during his playing days.

“It's intense. If you talk about me, we couldn't even sleep the whole night. We used to wait for it. Some players would go into their own shell but I used to wait for that game eagerly.. 'When will we play against India?' I used to think. Even if someone doesn't like cricket, they would sit in front of the television when India plays Pakistan in cricket,” said Afridi.