'I was not confident': Shahid Afridi reveals he was not in favour of Babar Azam becoming Pakistan's captain 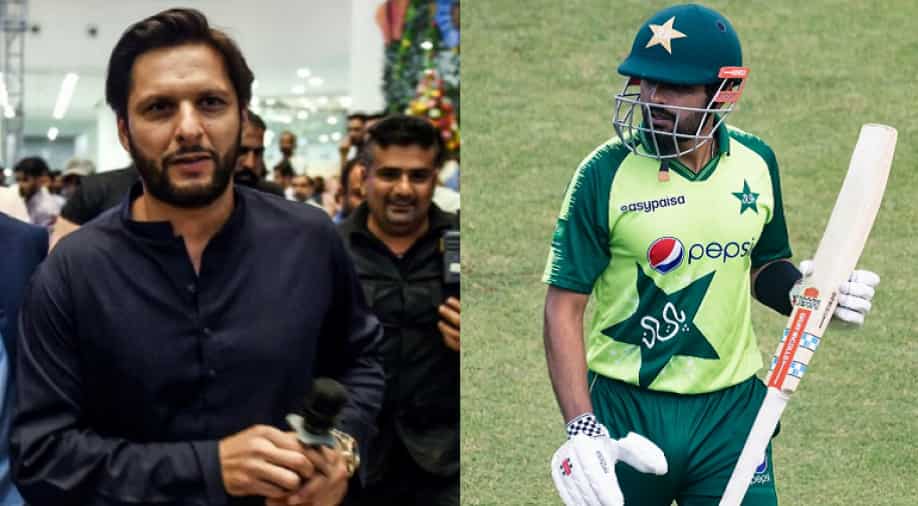 Shahid Afridi has lauded Babar Azam for proving him wrong with his great captaincy. Photograph:( AFP )

Former Pakistan all-rounder Shahid Afridi has revealed he was not in favour of Babar Azam taking over as Pakistan's captain across formats.

Former Pakistan captain Shahid Afridi has revealed he was not in favour of Babar Azam taking over as the captain of the national team. Babar was appointed as Pakistan's limited-overs captain in 2019 post the team's disappointing exit from the 2019 ODI World Cup in England. The batting maestro later took over from Azhar Ali as the captain of the Test side as well in 2020.

Afridi, one of the greatest all-rounders to have played for Pakistan, revealed he was not confident when Babar was appointed as the captain of the Pakistan team and had doubts over his leadership credentials. The former captain, however, is happy to have been proved wrong by Babar, who has not only performed consistently with the bat since taking over captaincy across all three formats but has also been a great leader.

During an interaction on Pakistani news channel Samaa TV, Afridi said how he was afraid of the captaincy burden increasing the pressure on Babar, which could have taken a toll on his batting.

"I was afraid that there would be a lot of pressure on Babar Azam," Afridi said on Samaa Tv.

Pakistan team's captaincy is not a small thing. Being the captain, one needs to handle the media and players. The captain needs to speak to PCB and the selection committee as well. I was not confident that he (Azam) would be able to lead the squad. But, he has proved me wrong with his performance (as captain)," he added.

Babar led Pakistan to the semi-final of the T20 World Cup in 2021 where the Men in Green went down against eventual winners Australia. Pakistan were a dominant force in the year 2021 as they won 20 out of the 29 T20Is they played this year with Mohammad Rizwan and Babar finishing the year as the two highest run-getters in the format.

While Rizwan notched up 1326 runs in 29 matches, Babar amassed 939 runs in 29 games. Babar also was consistent in ODIs and Tests with 405 and 416 runs respectively in the two formats. The Pakistan skipper has been leading the side by example and will be hoping to continue his consistent run across formats next year.