'I would say win the toss': Jasprit Bumrah on how Mumbai Indians can spark a turnaround in IPL 2022 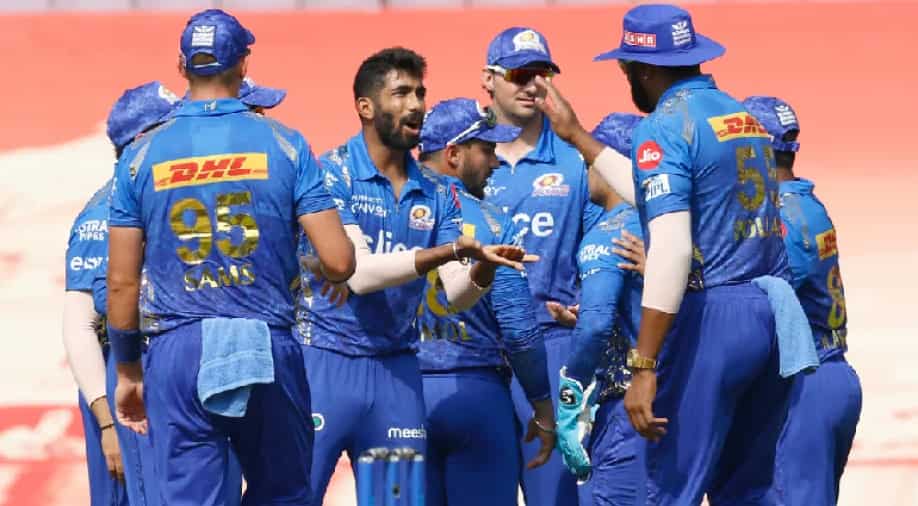 Mumbai Indians have lost their first four games in a row in IPL 2022. | Photo - IPL | Photograph:( Others )

Mumbai Indians pacer Jasprit Bumrah explained how Mumbai Indians can spark a turnaround in IPL 2022 after losing fur games in a row so far this season.

Mumbai Indians (MI) are the most successful team in the history of the Indian Premier League (IPL) with five titles under their belt. After missing out on a spot in the playoffs last year, MI were expected to get off to a flying start in their campaign in the ongoing IPL 2022 to ensure they can finish in the top four this year.

However, Mumbai Indians have had a woeful start to their campaign as they find themselves sitting in the bottom half of the points table after four straight losses in their first four matches. Mumbai Indians have so far suffered back-to-back defeats against Delhi Capitals, Rajasthan Royals, Kolkata Knight Riders and Royal Challengers Bangalore in the ongoing season.

MI had to let go of a number of their superstars ahead of the IPL 2022 mega auction this year as the likes of Hardik Pandya, Krunal Pandya, Quinton de Kock and Trent Boult all parted ways with the franchise. They brought some fresh talent at the auction but have failed to strike a balance in their playing XI so far this season.

Speaking about his team's struggles, Mumbai Indians pacer Jasprit Bumrah said the franchise is currently in the phase of transition and the players are still getting used to the pressure of the tournament.

"Every team goes through a transition phase. We've had a big auction and two new teams have come, so a lot of our old players have also gone in different teams. It's a transition phase that every cricketer understands, and every team goes through that," said Bumrah in the pre-match press conference ahead of MI's clash against Punjab Kings on Wednesday.

"So understanding the format of the IPL, how you have to handle pressure and achieve success in this league. We are going through that. We enjoy that. Every player has gone through that, so we are looking forward that we go through this transition, and then we reach and then we have all the players we had and the quality will come back again," he added.

When asked how can Mumbai Indians spark a turnaround this season after losing four matches in a row, Bumrah said he would first like the team to win the toss to start with and then focus on the result of the matches. The Indian pacer explained how toss can play a crucial role for teams considering how dew has been a factor in deciding games this year.

"If it was up to me, I would say win the toss. That really helps. But yes, whenever you come into this scenario, there is a little bit of help with the new ball, so maintaining a good line, trying to swing the ball up front, I think will help you," said Bumrah.