'I went into a trance mode': Virat Kohli reveals his favourite knock to Steve Smith - Watch 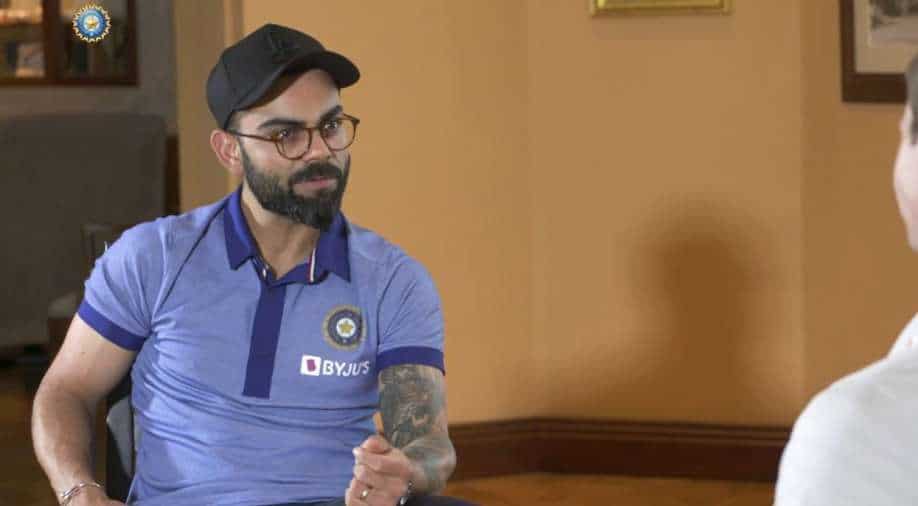 While Virat Kohli and Steve Smith were discussing their best knocks, Kohli mentioned the 2016 T20 World Cup quarter-final against Australia wherein he hammered 82 runs to guide India to the semi-finals as he narrated the entire innings and how easily he was finding the gaps that day.

Steve Smith and Virat Kohli – the two greatest batsmen of this generation – interviewed each other on the eve of the Adelaide Test between India and Australia where the iconic duo spoke about a lot of things ranging from their best knocks, rivalries, challengers in international cricket and much more.

While discussing the best knocks, Kohli mentioned the 2016 T20 World Cup quarter-final against Australia wherein he hammered 82 runs to guide India to the semi-finals as he narrated the entire innings and how easily he was finding the gaps that day. The Indian skipper further said that he had trouble breaking down his own knock after the match while adding it was a special knock.

"I went into a trance mode," Kohli said.

"You feel like things are looking difficult and you just think about committing to what the team needs.

"I still don't know how it happened, it was like everything I was hitting was going into gaps. I went into a zone that not even I could break down after.

"I felt that was so special because it's getting into that space while you're batting where you're under pressure and everything is coming off.”

Kohli and Smith also spoke about the 2014 series where both of them were against each other as captain. Australia won the series 2-0. Kohli came into that series after a horror tour of England and despite planning for the series for a couple of months, it didn’t get off to a perfect start for the Indian skipper.

"It's funny because I visualised for two months and then we prepared so much to play the first Test and then I walk in four balls before lunch and Mitchell Johnson hit me first ball in the head," Kohli said.

"I just stood there thinking, 'I've prepared for two-and-a-half months, and the first ball hits me on the head. What the hell is going on?'

"But then you either go fight or flight. I was pissed off with myself that I prepared for so long how can I not even get bat on the ball and get out of the way."

Indian skipper Kohli will return back to India on paternity leave and he said that the big decision was absolutely clear in his mind while adding that he wanted to be there at any cost as it is a very, very special moment in his life.

"It's a decision that was absolutely clear in my mind," said Kohli.

"As committed as you are to play for your country this is a very, very special moment in life that you want to be there for at any cost. It's a blessed time and we're very excited."

Here’s the complete interview of Steve Smith and Virat Kohli: