'I was surprised that Shreyas Iyer did not...': Wasim Jaffer on KKR captain's decision-making vs RCB 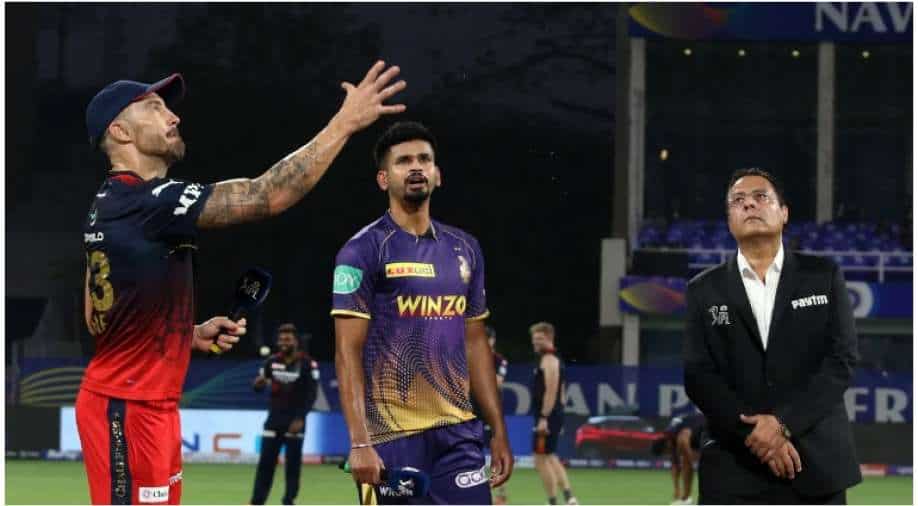 IPL 2022, KKR vs RCB: While many praised Shreyas Iyer for his leadership and bowling changes, former Indian opener Wasim Jaffer feels he missed a trick by not making Nitish Rana bowl in the middle overs.

Being asked to bat first, at the Dr. DY Patil Stadium, Mumbai, KKR franchise were bundled out for 128 in 18.5 overs as the big guns such as Venkatesh Iyer, Ajinkya Rahane, captain Shreyas Iyer, Andre Russell, Sam Billings, etc. couldn't make the most of their chances in the middle. With the ball in hand, KKR kept RCB on the toes -- courtesy Umesh Yadav and Tim Southee -- before Sunil Narine curtailed the run-flow.

While many praised Shreyas Iyer for his leadership and bowling changes, former Indian opener Wasim Jaffer feels he missed a trick by not making Nitish Rana bowl in the middle overs.

"I was surprised that Shreyas Iyer did not bowl Nitish Rana when there were two left-handers there and Chakravarthy was clearly struggling against them. One or two overs from Rana would have meant that Russell wouldn't have had to bowl. He could have bowled Venkatesh Iyer earlier if Russell was struggling. Things could have been a little bit different if he had saved Chakravathy's over there and used it for right-handers.

"Umesh Yadav and Tim Southee made a match out of it by getting RCB 17/3 in the powerplay. KKR would have had a better chance if Chakravarthy had bowled better," the former cricketer-turned-expert Jaffer said on ESPNCricinfo.

ALSO READ | Dinesh Karthik is as close as it gets to MS Dhoni: Faf du Plessis lauds RCB's finisher after KKR win

After this loss, KKR will now face the Punjab Kings (PBKS) on April 2 at the iconic Wankhede Stadium, Mumbai. The two-time winners will now like to move past the missed opportunities versus RCB and return to winning ways versus the Punjab franchise.