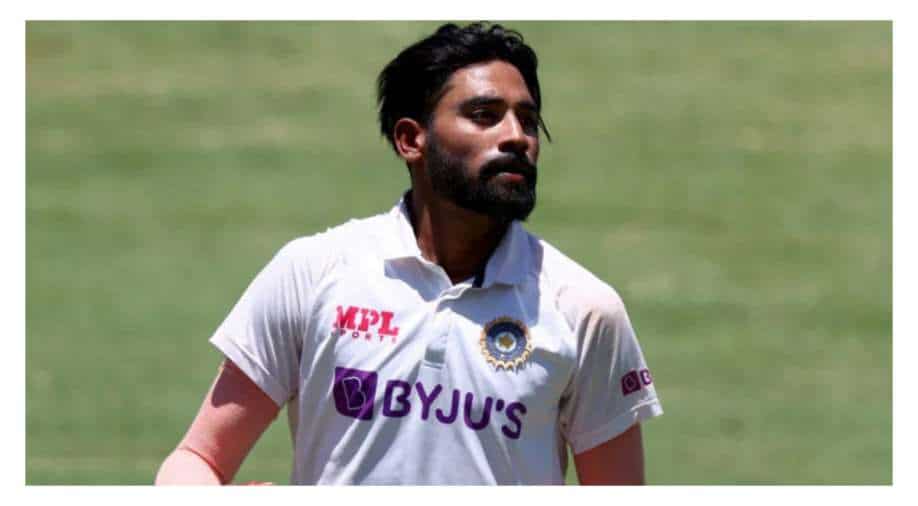 During the MCG Test in 2020/21, Md Siraj made his debut in the red-ball format. Recently, he recalled what was going in his mind when he wore the India cap.

Mohammed Siraj has soon become one of India's main pacers in the red-ball format. After a good IPL 2020, Siraj soon made his Test debut for India during their historic 2020/21 Border-Gavaskar Trophy versus Australia Down Under.

During the second Test, at the iconic Melbourne Cricket Ground (MCG), Siraj received his maiden Test cap and recently recalled what thought went inside him as he missed his late father, who had passed away during the Australia tour.

Speaking to Royal Challengers Bangalore's (RCB) official website, the speedster recalled how his father's health had deteriorated during IPL 2020, however, his family did not inform him about it.

"It was really tough for me. My dad was ill during the IPL too. But family members hadn't told me that the matter was serious. I got to know about his condition when I landed in Australia," Siraj was quoted as saying by RCB's website.

ALSO READ | Siraj said you're a kid, behave like a kid: Riyan Parag opens up on altercation with Harshal Patel in IPL 2022

"There was Covid-19 protocol as well. We had to quarantine. When we had our practice, I got to know about dad's death. My mother made me strong during that period. She told me, 'Fulfil your dad's dream and make your country proud'. This was my only motivation. I didn't even know if I will get a chance to play. There were senior bowlers in the team," Siraj further revealed.

Recalling his Test debut, Siraj went onto add, "I finally got an opportunity in the second Test... When I wore my cap in Melbourne, I thought 'dad should've been here'. After Mohammed Shami got injured, I got a chance to play for India. One thing was there in my mind that I had performed well for India A and had scalped 8 wickets against Australia A. So, it gave me the confidence to do well in my first Test series for India."

Siraj returned as India's highest wicket-taker in the four-match Test series Down Under, with 13 scalps. So far, he has played 12 Tests and has accounted for 36 scalps.