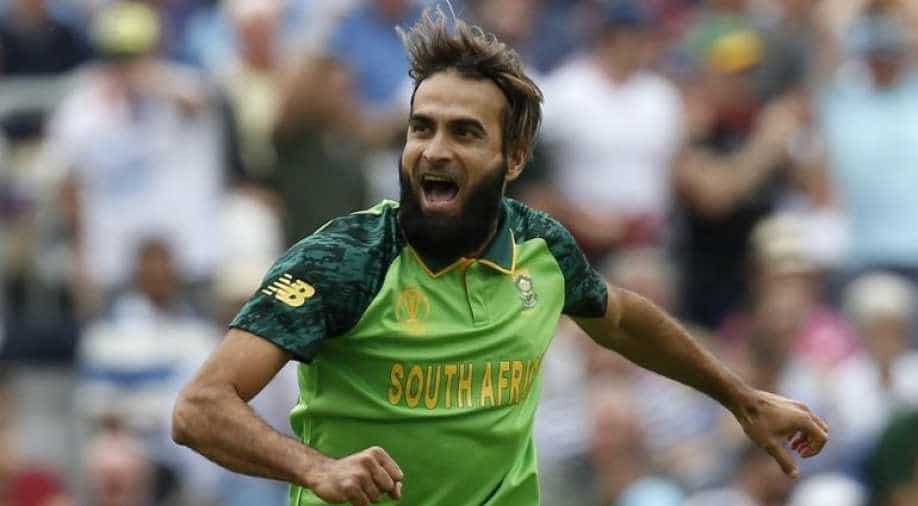 After the ball-tampering incident, this is the first time when Smith and Warner will compete against the Proteas

Amid English fans jeering Australia's Steve Smith and David Warner during the World Cup, South Africa spinner Imran Tahir lent his support to the duo saying that they have served their punishment and he respects them.

"We haven't spoken about it. They have served their punishment. They are world-beaters and they have my respect. Everyone makes mistakes ... I have made mistakes in my life too," Tahir said.

In March last year, when Australia toured to South Africa for a four-match Test series, Smith and Warner were found guilty of tampering the ball and consequently, were handed a year-long ban.

After the incident, this is the first time when Smith and Warner will compete against the Proteas.

Although the match will not be able to change South Africa's fortune in the premier tournament, the Proteas can try to end their campaign with a win.

When asked if there would be sledging during the match, Tahir said, "Not from us, but if it comes from them then we won`t hold back."South Africa will face Australia on July 6.