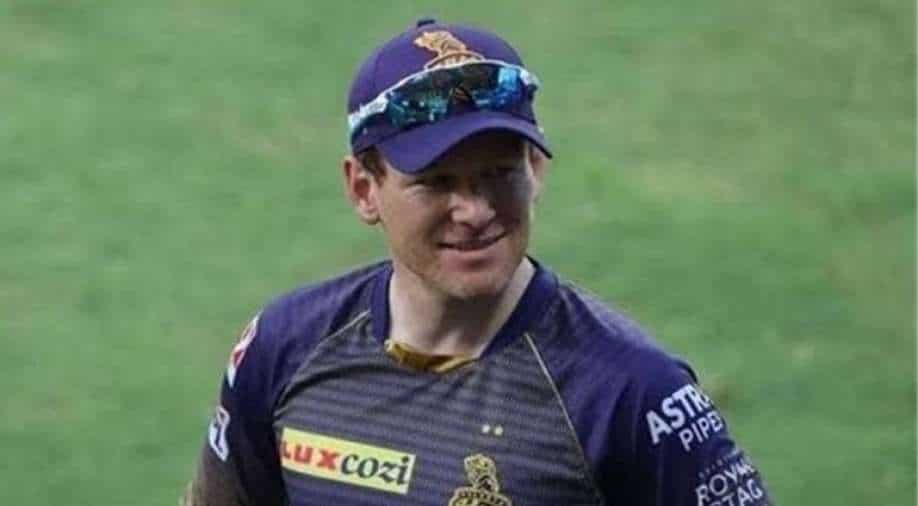 In a video uploaded on his youtube channel, Aakash Chopra asked the team to change their skipper midway through the season as they have done it before also - when KKR had replaced Gautam Gambhir

Former India cricketer Aakash Chopra has urged Kolkata Knight Riders to change their captain as the Eoin Morgan-led team is hoping to book a playoff berth in the ongoing edition of the Indian Premier League in Dubai.

In the UAE leg of the IPL 2021, KKR's run has been a topsy-turvy affair as they have won three games while losing two so far, some decisions have been in their favour but overall, the team has lacked in some departments.

In a video uploaded on his youtube channel, the commentator asked the team to change their skipper midway through the season as they have done it before also - when KKR had replaced Gautam Gambhir.

"Kolkata, I request you with folded hands: I am giving you two or three options. Firstly, change the captain, you have done it before and there's no shame in it. I was talking to Gautam recently. He talked about the 2014 season, saying he couldn't score any runs in the first three games so he went to the coach and said, 'I am not able to do it, let me just sit out because I am not contributing'," Chopra said.

"Morgan would have thought the same because it's been 11 innings and he's averaging 10. We are not seeing any great decisions in captaincy in your team selections and all of that either. So maybe it's time to bring Shakib Al Hasan in place of Morgan," he added.

"You can't play Seifert if you are not getting him to bat in the top-order. So replace him with Ben Cutting. Do something because you don't have Lockie so you've got to have at least five bowlers. Five bowlers plus Venkatesh Iyer is alright but four bowlers plus Venkatesh Iyer? It just doesn't make sense my friend. I honestly don't get how you can expect so much from him. He's doing well but he is not Superman," Chopra further said.

"When you write those names on the sheet, please see how many bowlers there are because there's no point in playing this much batting. You said you don't have the balance without Russell but you also said that there's a specific role for Ben Cutting. There won't be a better role than this. At least play him if you don't like Shakib. In fact, play Shakib too and tell Eoin Morgan, 'it's not working out'. It happens to everyone... but tends to hurt a little more if it's an overseas captain," he concluded.

Although they are struggling to enter the playoffs, KKR have impressed with their performance in the second half, and even their two defeats were narrow, where they lost in the last over.

Venkatesh Iyer has been the star performer with the bat in the second leg for KKR, while Rahul Tripathi has scored the maximum runs for the team this season. The decision to move Nitish Rana up the order has also paid dividends but Shubman Gill has not been able to capitalise on the starts. In bowling, Varun Chakravarthy has been their go-to man as he picked up six wickets in the second leg, while Sunil Narine too has been among the wickets.

But they have concerns in the pace department with Andre Russell and Lockie Ferguson missing games following injuries, forcing skipper Eoin Morgan to make changes. Even the KKR captain needs to get some runs under his belt.

Tim Southee and Shivam Mavi is the new pace bowling pair for KKR and they will need to step up. Pacer Prasidh Krishna did well to snap four wickets in the matches that he had played, before being dropped for conceding 22 runs in the 19th over, against CSK.