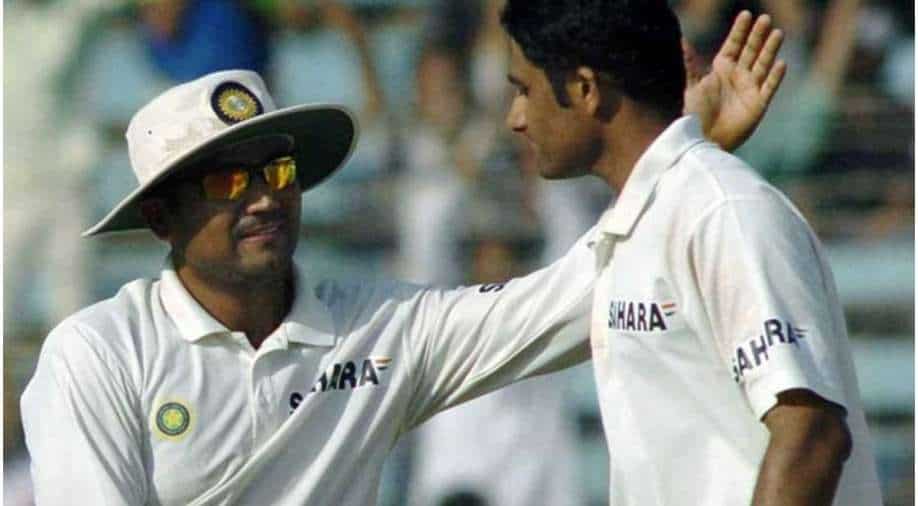 Virender Sehwag had a stellar run for Team India across formats. While his playing style was more suited to the limited-overs, the former Indian opener proved his critics wrong with some stunning performances in the red-ball format. As a result, he ended with 8,586 runs in whites, including two triple tons. In fact, he scored more in Tests after 8,273 runs in his ODI career and, hence, defied the odds.

Despite his fruitful run in whites, Sehwag was dropped from the Test line-up for a year after playing his 52nd match in the format. Before India's famous tour of Australia in 2007-08, he was recalled into the side on then captain Anil Kumble's insistence. While the decision was questioned by many, Sehwag proved Kumble's decision right by scoring big in the last two Tests of the Border-Gavaskar Trophy. Recently, Sehwag hailed his former skipper Kumble for showing faith in him.

“Suddenly, I realised I was not part of the Test side; it hurt. I would have ended with 10,000+ Test runs had I not been dropped for that period,” Sehwag told Sports 18.

After not being a part of the playing XI for the first two Tests in the India-Australia series Down Under, Sehwag recalled Kumble's words ahead of a practice match before the penultimate Test. “Score a 50 in this match, and you will be picked for the match in Perth.”

As a result of returning with a century in the India-ACT Invitation XI match, Sehwag stormed his way back into the XI for the Perth Test. He gave a good start to the team in both the innings and also claimed two wickets in India's famous 72-run win. However, it was in the fourth and final Test where the ex-Indian opener showed his class and announced his return in style, scoring 63 and a match-saving 151-run knock in the second innings.

“Those 60 runs were the toughest I scored in my life. I was playing to repay the faith Anil Bhai put in me. I did not want anyone to question him for bringing me to Australia. I was focused on the striker’s end; on the other end, I spoke to the umpire, humming my favourite songs. The pressure was gone," Sehwag added.

Sehwag remembered Kumble's words after his memorable performance in the series decider, in Adelaida. Back then, Kumble had told Sehwag, "As long as I am the Test team captain, you will not be dropped from the side."

Before signing off, Sehwag lauded both Kumble and Sourav Ganguly for trusting and backing him. “That’s what a player yearns for the most, the confidence of his captain. I got that from Ganguly in my initial years and from Kumble later,” he concluded.