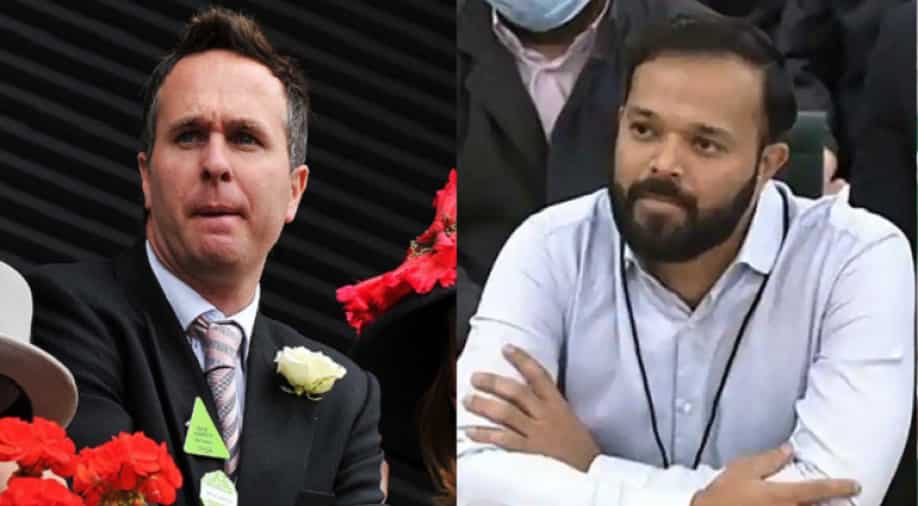 Former England captain Michael Vaughan has apologised to former Yorkshire cricketer Azeem Rafiq for the hurt caused to him amid racism allegations.

Breaking his silence on the racism allegations levelled against him by former Yorkshire cricketer Azeem Rafiq, ex-England captain Michael Vaughan has apologised to him for the hurt caused. Vaughan said he was 'sorry' for the pain Rafiq has experienced after being accused of racism by his former Yorkshire teammate.

Rafiq had alleged that Vaughan had said there were "too many of you lot, we need to do something about it" to him and two other Asian players at the club during his time at Yorkshire. Vaughan, however, strongly denied the allegations and maintained that he had never used those words for anyone.

Now, the former England captain has issued an apology and said he needs to take responsibility as he was the captain at Yorkshire when Rafiq had to endure racist behaviour from his teammates and other staff members at the club.

"I'm sorry for the hurt (Rafiq's) gone through. Time I don't think can ever be a healer in the situation that he's gone through," Vaughan said in an interview with BBC Breakfast.

"But hopefully, time can be a way of us making sure that Yorkshire County Cricket Club never goes through this situation again and never puts themselves in a position of denial that they treated a player so badly.

"It hurts deeply, hurts me that a player has gone through so much and be treated so badly at the club I love. I have to take some responsibility for that because I played for Yorkshire County Cricket Club for 18 years and if in any way shape or form, I'm responsible for any of his hurt, I apologise for that," he added.

Vaughan continued to deny the allegations of racism levlled against him by Rafiq and said 'no' when asked if he did make any racist comment to any player during his time with Yorkshire. Vaughan had earlier been dropped by BBC from its Ashes coverage after the racism allegations against him surfaced.

Meanwhile, the England Cricket Board has devised a 12-point plan to tackle racism and discrimination in the sport going forward.