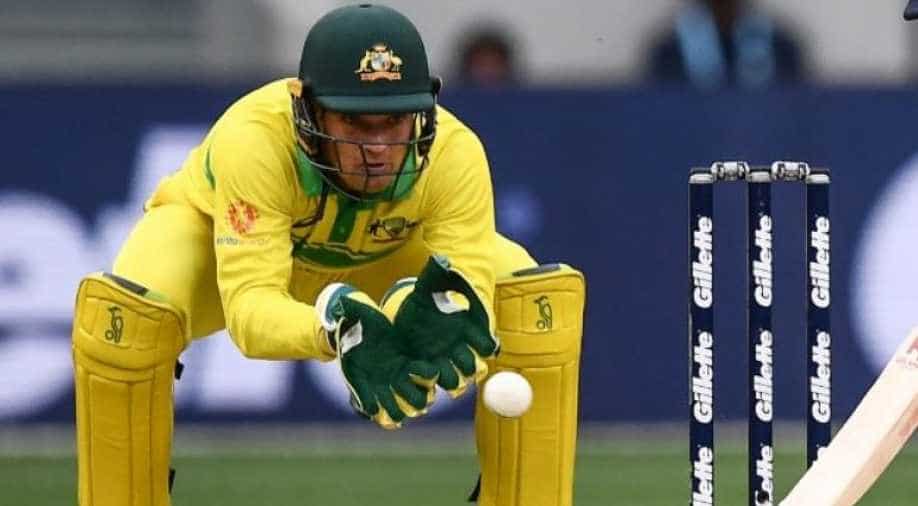 Chants of 'cheat' accompanied Smith as he came out to bat in Southampton but he smashed 116 from 102 balls to guide Australia to a 12-run win.

Chants of "cheat" accompanied Smith as he came out to bat in Southampton but he smashed 116 from 102 balls to guide Australia to a 12-run win.

With Smith and former vice-captain David Warner back in the side after serving 12-month bans for ball-tampering, Australia can expect similar treatment from crowds during the World Cup, which starts on Thursday with England facing South Africa at The Oval in London.

"I think it`s a great atmosphere. It just adds to the game," Carey said ahead of Australia`s final warmup against Sri Lanka later on Monday. "I think we knew it was going to happen. It`s one way to answer it, isn`t it? Make a hundred and Davey got 40 as well. "We knew that we were probably going to get that reception and the guys handled it really well."

The five-times champions face their first World Cup match against Afghanistan in Bristol on June 1. Smith, himself, described the jeering as "water off a duck`s back."

Carey shared a 42-run partnership with Smith before being caught slogging for 30 late in the game and said the former Australia skipper was a calm batting partner with the game in the balance.

"He`s got his mannerisms but he's a ripper. He's very calm and he knows what`s going on out in the middle," said Carey. "He runs hard between wickets, he`s really busy and I really enjoyed that."