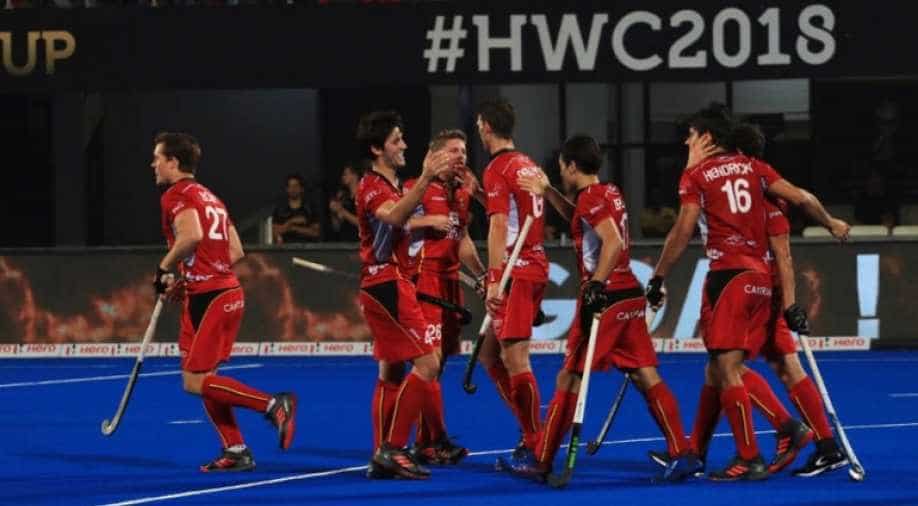 Arthur Van Doren was given the player of the match for his crucial contributions.

Belgium defeated Germany 2-1 in the third quarter-finals of Men's Hockey World Cup 2018 on Thursday at Kalinga stadium and stamped their ticket to semis.

Belgian Red Lions will clash with England on December 15 for a place in the World Cup finals.

Alexander Hendrickx and Tom Boon scored as Belgium came from behind to outplay Germany.

However, Alexander Hendrickx struck with the help of a Penalty Corner to give an important gain on the on the leaderboard.

Hendrickx is also the top-third goal scorer of the tournament.

German were posing threats with their continuous attacks but Belgium defence was at ease.

Defender Arthur Van Doren was given the player of the match for his crucial contributions.