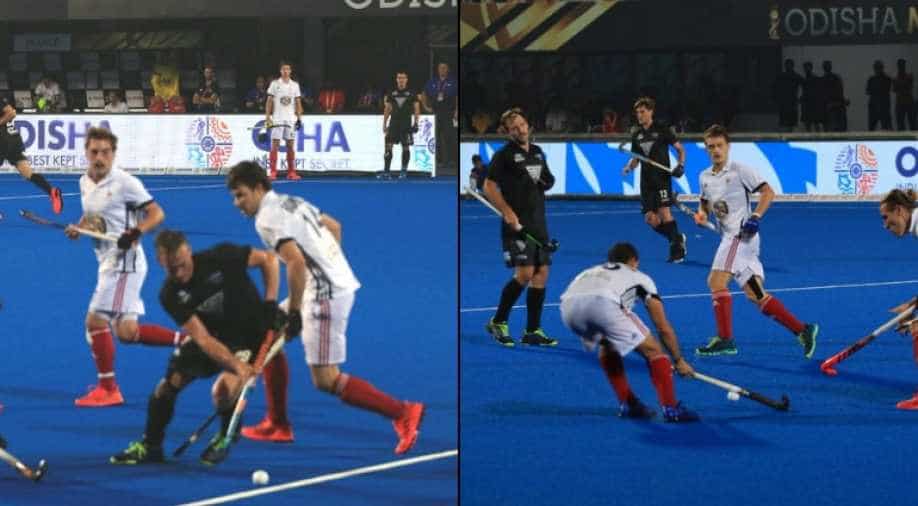 France will next meet Spain on December 3 and on the same day, New Zealand will clash with Argentina.

New Zealand defeated France 2-1 in a tight Pool A clash to open their World Cup campaign with a hard-fought victory at the Kalinga Stadium on Thursday.

Kane Russell scored for New Zealand in the 17th minute to give his team a 1-0 lead which was fursther extended by Stephen Jenness. He powered the ball home to extend the lead 2-0 in the fourth and final quarter with a controlled long pass.

Jenness was given player of the match for his crucial contribution to New Zealand's victory.

It seemed France wouldn't be able to open its account but in the concluding minutes, France earned a penalty corner and converted it but that was not enough, as the final score was 2-1.\

As it happened | New Zealand vs France

In the other match of Pool A, Olympic champions Argentina were made to dig deep to eke out a 4-3 win over Spain.

🏆 | It is @ArgFieldHockey who top the pool on the second day of Odisha Hockey Men’s World Cup Bhubaneswar 2018.#HWC2018 #Odisha2018 pic.twitter.com/XbW16Wd8CH

France, making an appearance in the Men's Hockey World Cup after 28 years, will next meet Spain on December 6.