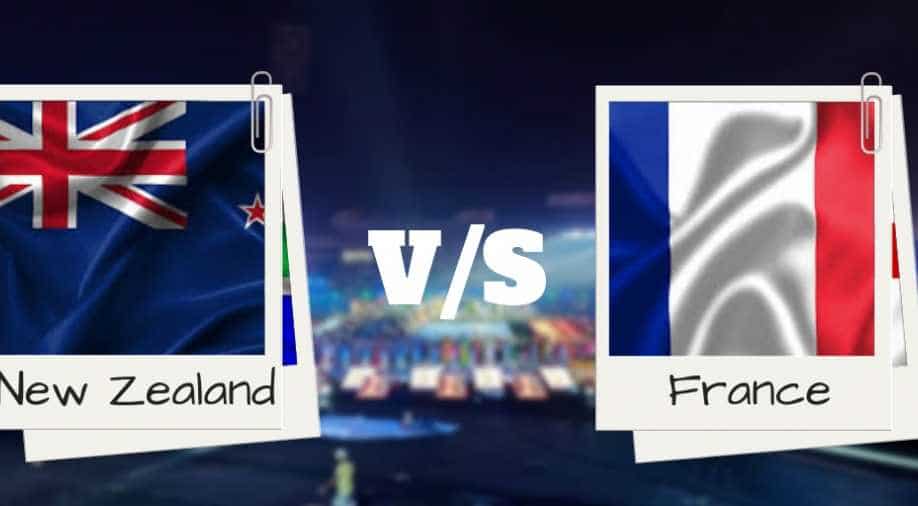 New Zealand vs France Photograph: Others

New Zealand pipped France 2-1 in its opening game of the World Cup campaign..

After a goalless first quarter, Kane Russell scored for New Zealand in the 17th minute and as France failed to convert opportunities in the later part of the second quarter, the Kiwis enjoyed a 1-0 lead at half-time.

Later, a long pass from midfield was well controlled by Stephen Jenness, who made no mistake in finding the back of the net, making the scoreline read 2-0 in New Zealand`s favour with just four minutes of play left.

It seemed France wouldn`t be able to open its account but Victor Charlet converted a penalty corner in the 59th minute to make the score 2-1.

NZL's striker Stephen Jenness has powered the ball home to extend the lead 2-0 in the fourth and final quarter.

In the concluding minutes, France earned a penalty corner and converted it but that was not enough, as New Zealand defeated France 2-1.

Fans have come all the way from New Zealand to back the @BlackSticks at Bhubaneswar. They are thrilled by the energy of the crowd and are loving the vibe of the newly renovated Kalinga Stadium.#NZLvFRA #IndiaKaGame #DilHockey #HWC2018 pic.twitter.com/Ped3DD1PMf

After the end of third quarter, score remains unchanged.

But kudos to French defence, they have made some terrific saves.

At the end of second quarter, the score is 1-0 in the favour of  New Zealand.

As striker Kane Russell has scored to give his team the required breakthrough.

NZL had a couple of good back to back shots against France.

France are making an appearance in the Men's Hockey World Cup after 28 years.

The first quarter has ended and none of the teams failed to score.

Let's see which team will emerge as winner.

Here is the playing XI:

The second match of the day is between New Zealand and France.

France is the lowest ranked team at the Hockey World Cup 2018 but coach Jeroen Delmee, who is a double Olympic gold medallist with the Netherlands, believes his side are more than capable of throwing a surprise.

"I don't think there is a huge difference between us and Spain and New Zealand. We could possibly produce a surprise result in our group." Jeroen Delmee, head coach of France.

On the other hand, New Zealand's coach Darren Smith will look to clinch the coveted trophy.