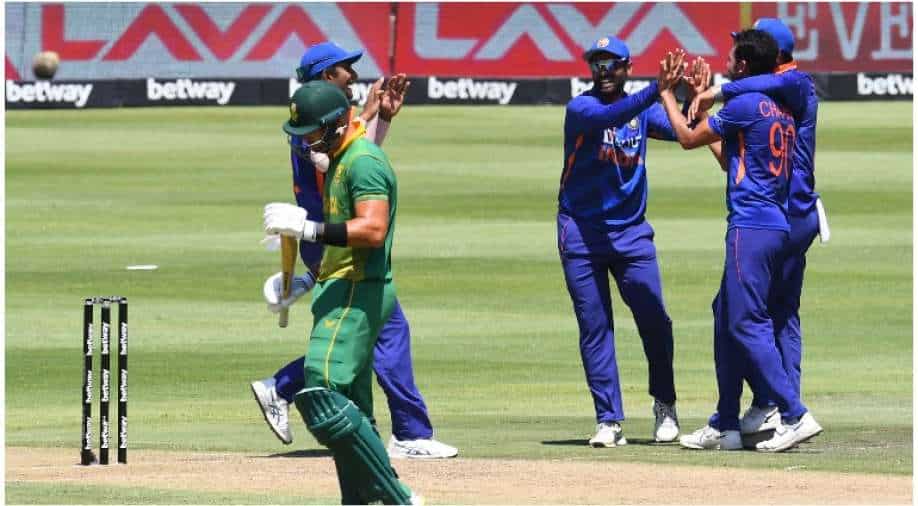 Veteran keeper-batter Dinesh Karthik has backed Indian star and wishes for him to be given a long rope after the India-South Africa ODIs.

Team India lost the three ODIs versus Temba Bavuma-led South Africa, in the African nation. After losing the three Tests 2-1, the KL Rahul-led Indian team were whitewashed in the ODIs, conceding the series finale by 4 runs at Newlands, Cape Town.

Opting to bowl first, Rahul-led India restricted the Proteas for 287 all-out in 49.5 overs. While India were kept in the run-chase courtesy Shikhar Dhawan-Virat Kohli's 98-run second-wicket stand, the visitors conceded the momentum with some quick wickets to be reduced to 156-4. Shreyas Iyer and Suryakumar Yadav then stitched a promising 49-run fifth-wicket stand before the former's departure (26). Surya looked at his usual best, striking at over 120, before falling for a 32-ball 39 (with 4 fours and a six). From thereon, Deepak Chahar's fighting 34-ball 54 revived India's chase before they fell short by 4 runs.

Reflecting on India's series loss, veteran keeper-batter Dinesh Karthik feels Surya is batting on a different planet altogether and should be given a long rope. To back his claims, SKY looked very confident in the middle in what was his first outing of the tour before failng to take his side home.

"Suryakumar Yadav is batting on a different planet altogether, the kind of shots, the kind of positions, and the execution put together. He made batting look way easier than it was in that situation. Give him a long run, I'm sure he will do wonders for India. But, he needs a long run, now every time he comes out, he is under pressure from the players above and below him. It is very hard to set fields for him," Karthik said.

Surya has made heads turn with his free-flowing approach and playing style in the limited chances given in white-ball formats. He will now shift his focus to the home series versus West Indies and Sri Lanka to cement his spot in the limited-overs line-up.