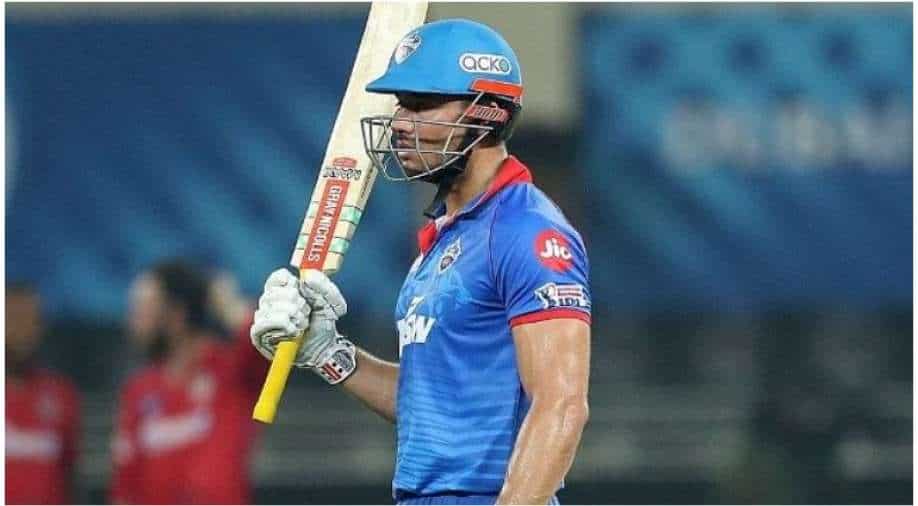 Stoinis even revealed that the Chennai Super Kings captain told him about CSK's plans for him and they also spoke about training, etc.

Australian all-rounder Marcus Stoinis opened up on his "interesting" and "honest" conversation with the former skipper of the Indian cricket team MS Dhoni during the recently concluded Indian Premier League 2021. The Delhi Capitals (DC) star Stoinis even revealed that the Chennai Super Kings captain told him about CSK's plans for him and they also spoke about training, etc.

"He was actually very honest with me. He understood me very well and he sort of said how they (CSK) would try to bowl to me and how he tried to set the fields for me. [It] was both a compliment but also a little dig where I have to figure out which way to take it and I’m taking it as a compliment (chuckles)," Stoinis said in a conversation with The Grade Cricketer’s YouTube channel.

"It was very interesting he did say that it’s very obvious how some people want to take some responsibility and stay until the end whereas some people are willing to take the risk early to, sort of, either try and get ahead of the game or walk off and he identifies that within the team," Stoinis added.

"We spoke about training, we spoke about his belief on ‘Work on your weakness as long as it’s not taking anything away from your strength’. So he spoke about how a lot of coaches will ask you to work on things and you might work on the short ball and then you start missing the full ball… which was a really, really nice filter for me for training," the all-rounder added.

During the IPL 2021, Dhoni helped his side to reach a ninth Indian Premier League final with a four-wicket win over Delhi Capitals in Qualifier 1. CSK then defeated Kolkata Knight Riders (KKR) to win the coveted IPL trophy.