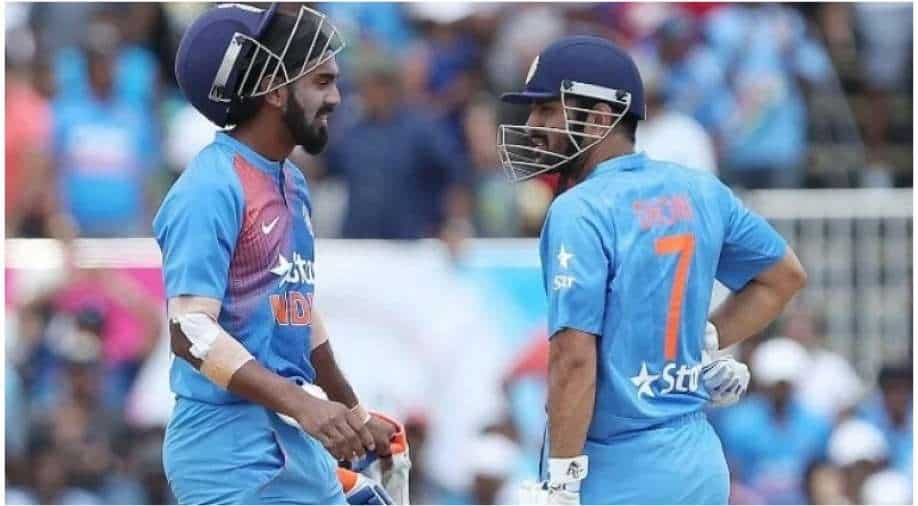 T20 World Cup: KL Rahul opened up on MS Dhoni's mentorship role for the Men in Blue in the showpiece event and revealed how the former captain will be helpful to Team India.

MS Dhoni, after leading Chennai Super Kings (CSK) to their fourth title in IPL 2021, has joined the Team India camp as a mentor for the T20 World Cup 2021, in the UAE. The 40-year-old's presence will help Virat Kohli & Co. for the marquee event as the Indian team is looking to end their ICC-title drought after having last won a mega event in 2013.

For the unversed, India had won the last ICC title in 2013 under the astute leadership of Dhoni, when the Men in Blue won the Champions Trophy. Since then, they have reached the semi-finals on all occasions in the following ICC events, however, haven't been able to grab hold of the title. As India are gearing up for their tournament-opener versus Pakistan, on October 24, KL Rahul opened up on Dhoni's mentorship role for the T20 WC.

During a Clubhouse session organised by Red Bull on Tuesday, Rahul -- who had his international debut under Dhoni -- revealed, "None of us are sure that IPL 2021 final was his last game. I do not think, I would love to see MS Dhoni play for a lot more years if he could. Yeah, it was great to see how CSK played in the tournament and they were the most deserving to win it. Obviously, MS Dhoni back with the team feels amazing because we have played under him and we have looked towards him as a mentor even when he was our captain."

"We loved having him in the dressing room when he was the captain, we loved the calmness. We have all looked up to him to help us out, to have him here is amazing. This gives us a sense of calmness, I have enjoyed spending time with him in the first two to three days and it has been a lot of fun. Looking forward to chewing his brain about cricket, captaincy and all things cricket," he added.

Rahul was one of India's star-performers in their first warm-up encounter, versus England, on Monday evening (October 18). His 24-ball 51 and Ishan Kishan's 46-ball 70 propelled Kohli & Co. to an easy 7-wicket win over the 2016 runners-up. They will now play Australia in their last warm-up game before locking horns with Pakistan.

India are in Pool B, along with Pakistan, New Zealand, Afghanistan whereas two other teams will join from the qualifiers. It will be interesting to see how Dhoni contributes for Team India in his new role and helps the national side in winning the coveted trophy.