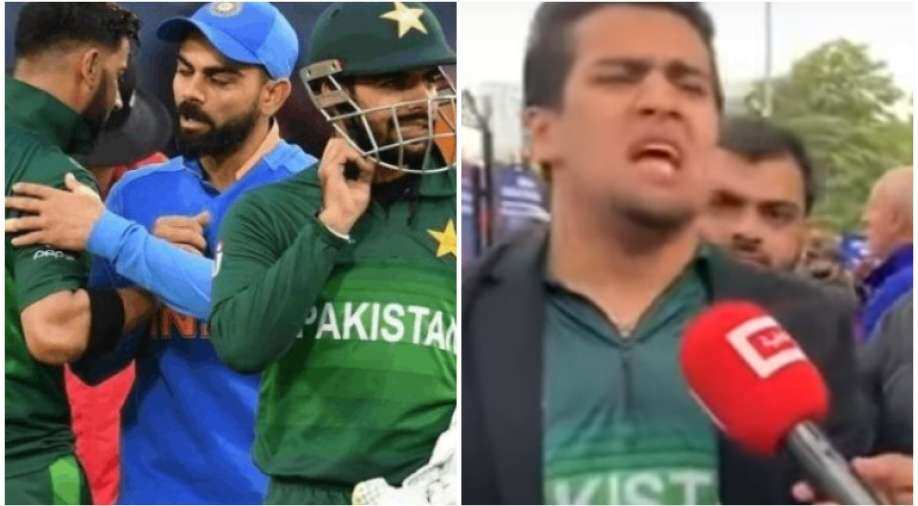 T20 World Cup: Ahead of the high-voltage encounter at Dubai, Pakistani internet sensation has returned with another hilarious video on the forthcoming Indo-Pak contest.

After the India-Pakistan 2019 ODI World Cup clash, in England and Wales, a British-Pakistani entertain and internet sensation Momin Saqib’s hilarious interview got viral, where he was depicting his plight following Sarfaraz Ahmed-led Men in Green's 89 runs loss (DLS method) to Virat Kohli-led India.

As the stage is set and there are only a handful of days for the upcoming India-Pakistan clash, in the T20 World Cup 2021, the Pakistani internet sensation is back with another hilarious video for the marquee encounter, to be held at the Dubai International Cricket Stadium, Dubai on Sunday (October 24). Here's the latest video from Saqib as he urges Babar Azam & Co. to beat India in the forthcoming face-off in the T20 WC:

Ahead of the India-Pakistan clash, both sides are playing a couple of warm-up encounters in a bid to finalise their team combination and get used to the conditions in the UAE. The T20 WC has commenced but the qualifying round is underway whereas the automatically-qualified teams are busy playing warm-up games.

Both India and Pakistan will open their campaigns against each other, being placed in Pool B along with New Zealand and Afghanistan whereas two other teams will join from the qualifiers.

For the unversed, India have a 5-0 lead over Pakistan in T20 WC and, thus, will be eager to extend their winning streak in the upcoming match. However, Babar-led Pakistan won't be an easy opposition for Kohli-led India by any means.