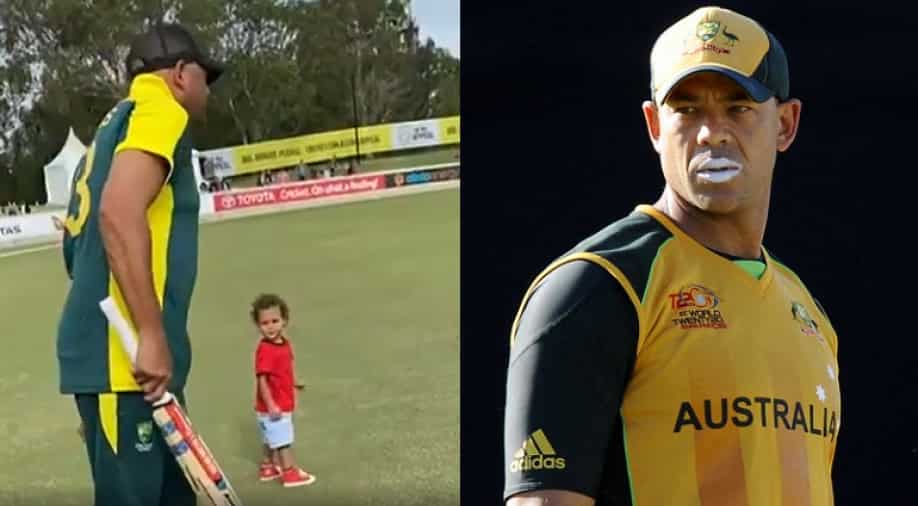 Former West Indies captain Brian Lara paid a heartfelt tribute to Andrew Symonds while sharing a video of his son playing with the former Australian all-rounder.

Former West Indies captain Brain Lara has paid a heartfelt tribute to Andrew Symonds after the tragic demise of the former Australian all-rounder. Symonds passed away on Saturday (May 14) after an unfortunate car crash in Queensland, Australia. His car went off the road and rolled over resulting in serious injuries to the former Australia cricketer.

The news of Symonds' shocking death had left the entire cricket fraternity mourning with several former cricketers paying rich tributes to the ex-all-rounder. Symonds, who was part of two of Australia's World Cup-winning squads in 2003 and 2007, is regarded as one of the finest all-rounders of all time.

Lara too took to social media to pay tribute to the Australian cricket great while also sharing a throwback video of his son playing with Symonds. Lara wrote a heartfelt caption with the video and said he would tell his son how lucky he was to spend time with the former Australia all-rounder.

"Thank you Roy!! I will let my son know how lucky he was that day to spend some time with you," Lara wrote on Instagram.

Reacting to Lara's post, Symonds' good friend and his former Australia teammate Matthe Hayden revealed how kids loved being around Symonds, who was also adored by his children. "Kids always gravitated to Roy. His simple kind heart was like sugar to every little one. I know my guys love uncle Roy," Hayden wrote in the comments.

A hard-hitting batter and a handy bowler, Symonds was an integral member of the Australian team under former captain Ricky Ponting and played an instrumental role in helping the Aussies dominate world cricket. Symonds made his debut for Australia in the year 1998 and soon became part of the team in all three formats.